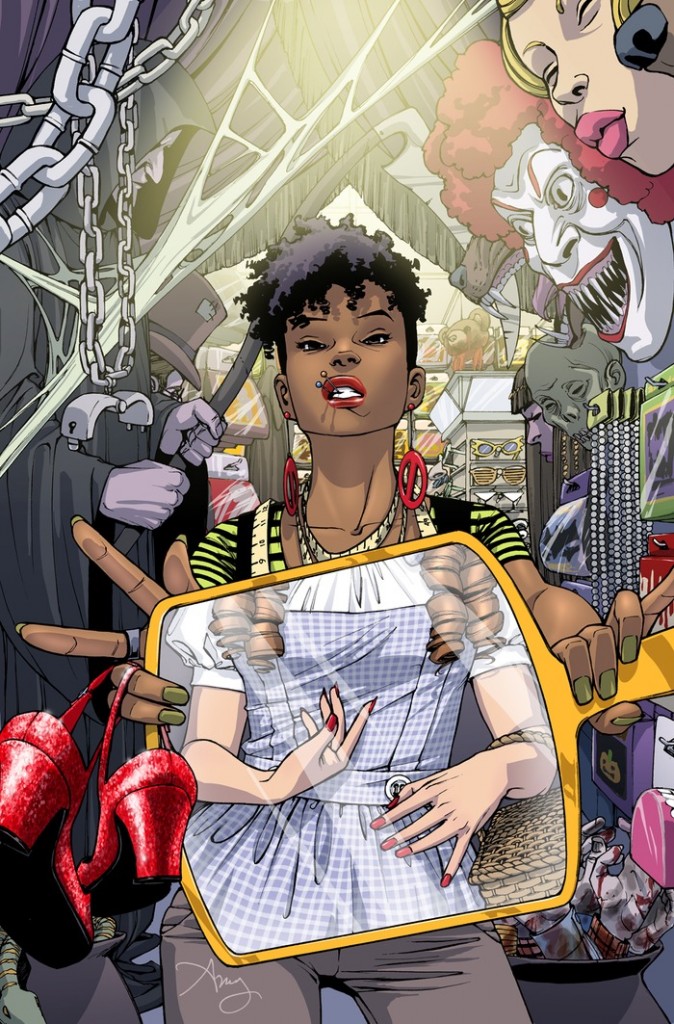 Amy Reeder is one of my all time favorite comic artists. Her work on Madame Xanadu alongside Brandon Montclare (who I’ll bring up again shortly) as well as her work on recent issues of Batwoman have been nothing short of breathtaking. Her attention to detail, facials and character designs are always top notch and I’ll pretty much buy anything she’s a part of.

Which brings me into today’s article. Amy Reeder, alongside the aforementioned Montclare have teamed up yet again on a new one-shot entitled “Halloween Eve.” Despite being picked up by Image for an October 10th release, Halloween Eve is a creator owned comic all the way, even having a successful Kickstarter campaign that, at the time of me writing this, has made a little over $16,000.

In  an interview with Newsarama, Reeder explained “I’d been wanting to go the creator-owned route for some time but these decisions are huge and pretty daunting. Recently I realized “want” was becoming “need” — like I honestly feel like this was the only choice I could make. Not because I can’t find work… luckily that’s still around. But I really needed to do something independent where the goal was not building a name or getting a raise… the goal was just to be happy, where drawing becomes such a rush I can’t stop doing it if I tried.”

On the topic of the Kickstarter campaign she had this to say: “We set a goal that we thought we could make; it hit the goal sooner than we anticipated which is great. And any expectations you might have never can measure up to actually receiving the support. It’s almost indescribably encouraging when fans back you on a creator-owned project. More than the money, Kickstarter has shown that people want the story. I think you should pledge only if they find value in the rewards — that makes it win/win. We tried to offer a variety of cool stuff for different kinds of fans. There’s a lot of ways to support Halloween Eve without Kickstarter as well: talk about it online and at your comics shop; or buy the regular version of the comic in stores this October. Just get excited for it—and that will help!”

The story of Halloween Eve follows Eve, a costume shop worker who’s suddenly faced with her costumes coming to life. But don’t worry, this isn’t a dark and brooding horror piece, it’s a fun and spooky romp. “It’s definitely a story that’s meant to be “fun. There’s a running theme about being true to yourself and not putting up a wall… it’s still grounded in something that matters. I think I am probably naturally a little lighthearted with my work… and I’m sure Brandon wrote this, taking that into consideration.” Reeder explained.  “I see Eve as someone whose biggest fear is vulnerability. And by dressing up, you are on display for others. For some reason it breaks the ice… and breaking the ice means you are suddenly supposed to be open to others. For some people, that’s a big step! But here’s the problem: deep down, she really wants to open up, and let loose, and dress up.”

As a fan of Halloween, and of both Reeder and Montclare, I’m definitely looking forward to this when it’s released October 10th. Be sure to check it out when it hits stands or check out the Kickstarter campaign here.