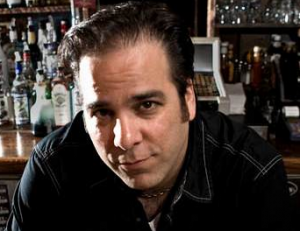 I recently caught up with Jimmy Palmiotti and asked him a few questions about being a writer in the comic industry. I’ve always been curious to know how writers process their narratives and conduct themselves within the industry, and today I finally got my answers. Come listen to Jimmy on today’s Comic Jobs!

How did you make the transition from being an inker to a writer? What inspired you to make that choice? Did you have any role models that helped influence your decision?

I never started out thinking I would become an inker in comics. It was something I got into helping some other artists at the time and it kind of stuck for a long while. As I was getting more and more work, I saw that people maybe thought I could only do one thing and that’s about when Joe Quesada and I formed Event comics and tried our hands at creating some characters and writing the books. As a natural progression, when I left Marvel Knights, my focus became more on the writing and less on the art side of things, and it wasn’t until around 2003 that I felt I had said all I could about inking in my work and put the brush away. I did smaller gigs now and again, but felt to really establish myself as a writer, I needed to super focus on only that and get to work. The transition was a decent one and only now do I feel I am getting to a place where I feel the work is getting better. I wanted to be someone that created new things , new characters and not another guy that has a run on another person’s character. I just don’t have it in my blood to be that person…sure, I am still writing Jonah Hex with Justin, but we work on our own creations all the time while we do both. As far as role models, I don’t have many…but guys like Jeff Smith, Neil Gaiman and Paul Pope inspire me daily.

How would you say you developed your writing style? Are there any exercises you do to help strengthen it? Is there any media outside of literature you look to for inspiration?

I used to read a ton of just about every subject, but these days I am a huge fan of the cinema and really get inspired by a good film or a great idea presented in a film. My writing style is far from developed on any level…I will say there is a certain amount of humor in my work that separates it from [others] but I think my real strength comes through when I write female characters. This has to do with my interest in the subject and my daily study of trying to understand what makes them tick. Women fascinate me on so many levels and I think it this devotion that makes my female characters stand out from the pack. I have so much respect and admiration for all the women in my life and I think it comes across in my work. Writing men is a little harder for me because of a sort of emotional detachment that we are perceived to have…but I think this will be something I can explore a bit more down the road in my work. Asking me to talk about this kind of stuff throws me into an endless look of dissection.

What can you tell us about your experience so far as a writer working in the industry? Are there any lessons you’ve learned and wish to relate to other aspiring writers?

Simple lessons and obvious ones. Be nice to people, don’t ever do negative press and celebrate your colleagues’ successes and support their failures. Be a human being and have empathy for others and their struggle and always have time to help someone less fortunate than you. This is advice for just about anything, but as writers…we can be an ultra-sensitive lot.

You’ve had a long history working with Justin Gray, including your famous run of “Jonah Hex,” what can you tell us about collaborating with another writer for so long? How did that collaboration come about? 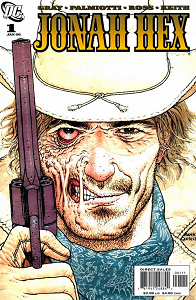 We worked together first, became friends and in the end, respected each other’s talent. He is the most talented writer I know and when we work together, it is simply a lot of fun. Writing can be a very lonely job, so when you can work with someone you like…there is nothing like it. The [fun] of our partnership is that we always get to bounce our ideas off each other and watch them become this interesting mix that always turns out to be something neither of us saw coming. I have been in the business for a while and I have never seen someone so enthusiastic and full of ideas in my life. This partnership will go on for a very long time because we understand each other’s needs and goals and it is not driven by ego on any level.

What would you say is the most challenging aspect about writing comics, and the most rewarding aspect?  Would you say there’s a goal you strive for in your writing?

The sentence “ I write comic books for a living” is one that most people dream about saying and I get that and don’t take it for granted. In this job I get to create worlds and characters that others read, and follow, and at times feel so passionate about; it makes me giddy. There is no better gig around. The challenging aspect is working for editors that don’t respect your work and having projects fail…but that’s all part of the process. At the end of the day, when you work on a character that is owned by someone else, you have to take some shit once in a while and deal with it. The greatest thing you can have in this business is the power to say no to projects you do not want to have, or pass on work because of someone you don’t want to ever [work] with again and I have finally gotten to a place where I can walk away from project that I see is going to become a problem. My main goal is to do the best work I can on each and every project I can take on and part of that is learning who to work with — which editors are there to help and what artists are there to do the best work they can.

How would you describe the difference between being a screenwriter and a comic book author? Have you noted any similarities? If you could write in any other medium besides comics, what would it be?

I am now writing in film, TV, video games, animation and so on…so there is nothing I really haven’t covered at this point and currently, my non-comic work is about equal to my comic work. As a writer, you have to be able to adapt and understand that you cannot limit yourself to just one thing. I spend a lot of my time these days developing brand new characters, like with the Image comic series Creator-Owned Heroes and my Kickstarter projects. [I] understand at the end of the day that these are not only characters I own, but there will be a time where I will be able to show them off in other media and be prepared to showcase them this way, I want to further control them. The only difference between comics and film is the format and presentation. You write for a different audience and understand that the format and delivery have to be altered. A story is still just a story in the end, but formatting is the key.

.You recently launched “Creator-Owned Heroes” through Image. Was that project a long time coming? How did that project start out and where do you see it going in the future? 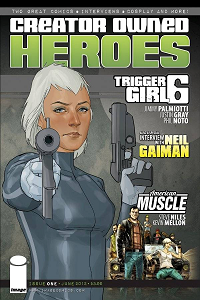 It started out as an idea between Justin, Steve and myself and has grown into exactly the thing we hoped it would be…a place where we can celebrate all things creator-owned and a showcase for some of our crazy ideas. It is monthly and as far as we can tell this will be going on for a while. The reception for the first two issues has been great and we look forward to doing this book for a very long time. The fans are everything with this series, so if the numbers are sill there, we will still be doing it. Issue 5 starts all-new stories and we have some cool content coming up by people like Darwyn Cooke and Amanda Conner, so we hope it catches on.