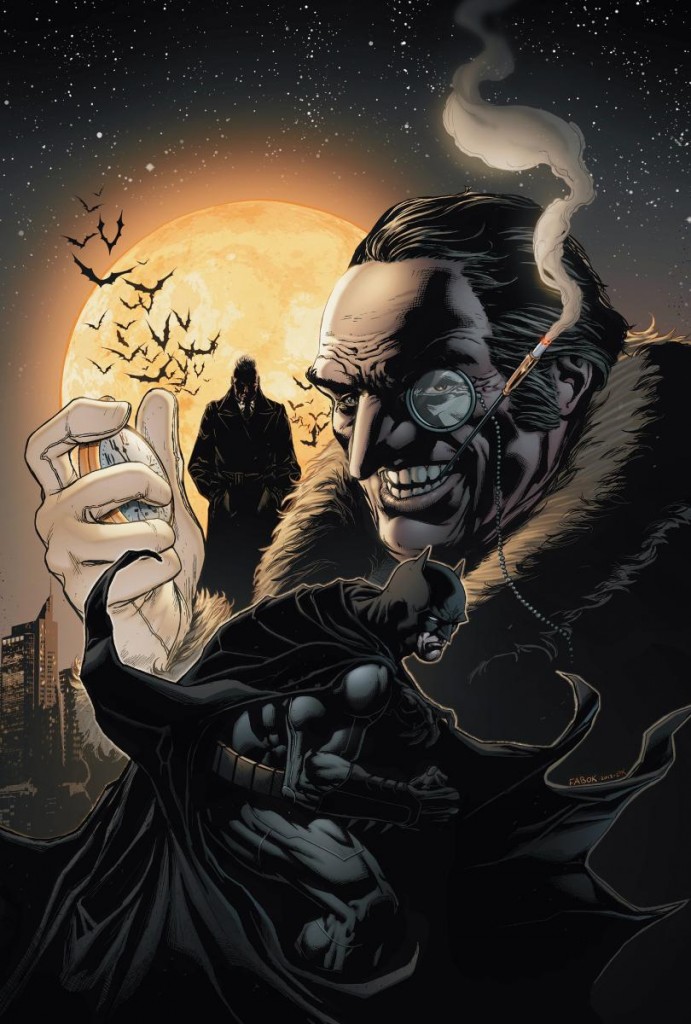 DC’s flagship title “Detective Comics” will be getting a brand new team this fall. John Layman, author of the Eisner Award-winning comic Chew, will be joined by Jason Fabok, who made headlines as the artist of the recent Batman Annual. Detective Comics has been a top seller at DC since the New 52 started, but most people can agree that a creative shake-up was in order to keep the series fresh and new. What better time to do that than in October, the month after DC’s much hyped “Zero Month?”  As a fan of both men, I know I’m extremely excited to see how this new chapter in Detective Comics turns out, so hopefully this will be a good change for the series.

Layman had this to say to The Source:

“Obviously, this is a happily surreal and exciting turn-of-events for my career. Not only is this my first work within the DC Universe, but I get to work on one of DC’s undisputedly coolest and highest-profile characters. I’m going to take a look at the role of criminal organizations within Gotham City, hopefully from a perspective that does not get considered very often (if at all). From the symbiotic relationship a master criminal must have with Gotham in order to survive, to the lowly, often faceless criminal underling hoping to rise up the ranks. All that, plus Batman’s gonna play with a bunch of crazy new toys and kick all kinds of butt.”

Fabok had this to add:

“First, I want to express how thankful I am to have this opportunity. I am humbled that DC Comics would entrust me with one of their greatest titles. To work on a Batman title has been the number one goal that I set for my career and I am honored to have this opportunity to make my dream become a reality. I’m really hoping to deliver a dark, epic Batman with hints of the art-deco stylings of the old animated series and the more modern take seen in recent incarnations. I am hoping to let my influences gush out onto the page and create something that is familiar, classic and yet my own. As for working with John Layman, I couldn’t be more excited. John is a great visual storyteller and he packs every page with meaningful panels that bring the story forward and add incredible depth. Together we hope to deliver a quality Batman tale, filled with mystery, twists, turns, shockers and most of all, fun!”

Detective Comics #13 will be released on October 3rd. Be sure to give it a look when it comes out!