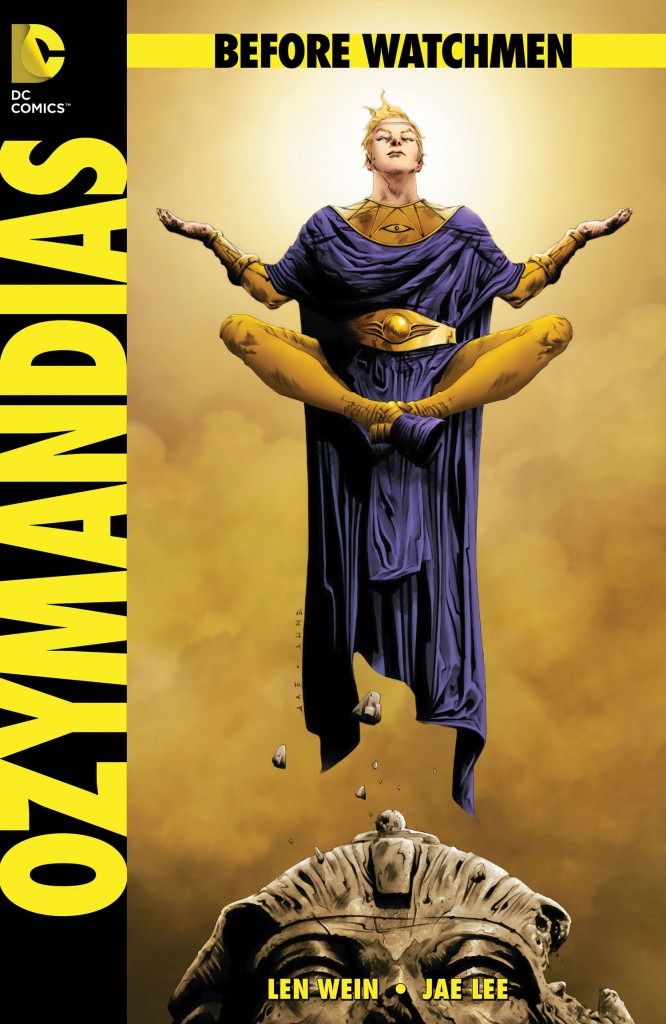 When digging into the previously unexplored psyche of a villain or hero there are usually two disperate outcomes, in one you get a fascinating portrait of a character that enriches his/her past exploits, but in the other all the mystery and life are drained from a protagonist or antagonist because too much of their past has been explained to you. Unfortunately, Len Wein’s Before Watchmen: Ozymandias # 1 falls firmly in the latter category, as it turns its lead from a wrong headed genius into an unsympathetic sociopath.

In Alan Moore’s Watchmen Adrian Veidt is not your typical bad guy, in fact he’s a good guy, just with some very bad ideas.  He was a study in how supreme intelligence, and the belief that you know best, can lead to detachment from the emotions of everyday life. Moore’s Ozymandias had sociopathic tendencies, but you always got the sense that at some point he was a honest to goodness hero. The Veidt of Wein’s book is not that man at all.

From the time he is a baby he seems like an emotionless, snobby, and devious person, whose only real goal is to conquer everything and everyone around him. The story feels like the origin of a serial killer, and not that of a man who would spend most of his life fighting for the good of others. Granted because of where Veidt ends up there should be hints of this in the narrative, but if this version of the character is to be taken as cannon, it’s a shock to me that anyone around him would think he wasn’t a villain throughout Moore’s series.

I like some of the places Mr. Wein sends our protagonist, his famous retracing of Alexander the Great’s steps is an interesting journey, but the fact that I can’t stand the character I’m reading about makes it less effective then it should be. That feeling goes doubly for Veidt’s relationship with the character of Miranda. Here it seems the writer wants to have his cake and eat it too, because our lead is an emotionless ass in her presence, and yet, we are still supposed to believe he loves her dearly. I don’t buy it for a moment and so, by consequence, I don’t buy his reasonings for putting on his mask and cape for the first time. Those actions are just one half of this new Ozymandias, the language Mr. Wein employs in giving him a voice is a whole other story.

Both the dialogue and captions use complicated phrasings, verbiage and references that seem like a good fit our super genius hero, but that, none the less, take a lot of getting used to. It’s easy for such mannered writing to come off as forced or trying to hard, but for the most part Wein nails the style, if not the substance, and it’s one of  the best parts of the book. Where he doesn’t nail it is in the places where this over intelligent way of speaking bleeds into other more normal characters. The principal of Veidt’s elementary school should not be saying things like “Something must be done to assuage his anguished parents”, because it makes every person in the story sound like they are speaking with the same brain, and that’s just poor dialogue writing.

The only real standout ingredient in Before Watchmen: Ozymandias #1 is the art by Jae Lee. His thin lined, yet painterly style, give Adrian Veidt a classical quality that fits perfectly.  I don’t know how to describe it other than it’s as if Norman Rockwell, art deco and Ayn Rand had a baby. It’s really stellar work and it’s a shame it’s stuck in such a sub par book.

Skip It – Before Watchmen: Ozymandias #1 takes one of the most mysterious character’s from Watchmen and reduce’s him to a detached sociopath with no hint of a character arc. The style of the writing is unique and the art superb, but that is not enough to recommend such an ineffective narrative.