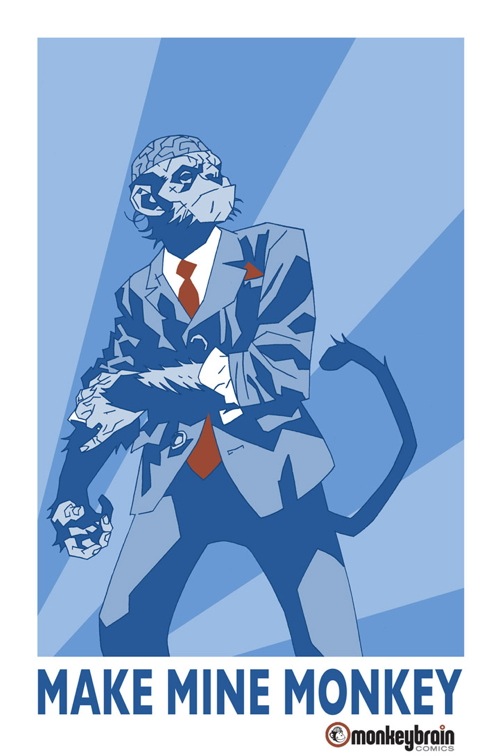 Chris Roberson, comic author and co-publisher of Monkeybrain Books , announced this past Monday that he was expanding his company to include a line of Digital-only comics known as Monkeybrain Comics. Sold exclusively through ComiXology, Monkeybrain Comics focuses on creator-owned comics that give the authors an outlet for their creativity without losing any of their rights or giving up a majority of their profit. Roberson, who left DC Comics for that very reason, says that he’s spent the last two years trying to figure out how to get comics published directly to the digital market and solidified his deal with ComiXology this past December.

Roberson created Monkeybrain Comics not because of what happened at DC, but because he wanted to reach people who may not be going to comic shops on a weekly basis . “There’s a potential with ComiXology to reach readers beyond those who go to comic shops,” he said. “With digital they don’t go out of print,” he added as a benefit to those who go to a store only to find out that their book is sold out or no longer in print.

“The advantage of digital, because you’re not having to cover the printing costs, you’re covering the creator costs…it suddenly becomes viable again,” he added as one of  the reasons they decided to go digital-only. He stands firm though that if the creator wants to get their comic published in print, he won’t stop them. “Monkeybrain is only taking digital rights, so nothing precludes creators from doing print books.”

Calling it “Independent’s Day,” Monkeybrain Comics launches today with five titles: Edison Rex, Aesop’s Ark, Amelia Cole and the Unknown World, Bandette and The October Girl. The reason for launching today? “Our philosophy at this point is to release on Wednesday as much as possible because that’s when ComiXology gets a big spike. Because it was Wednesday and because it was Fourth of July, we decided to go with that.” 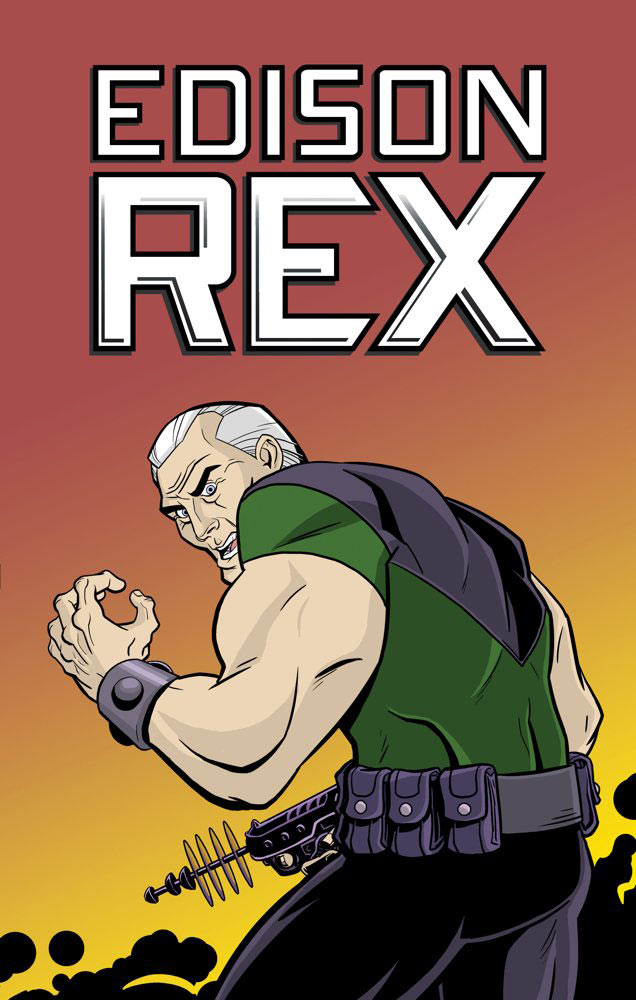 Roberson himself created one of the five titles, Edison Rex, and had this to say about it: “The bumper sticker for ‘Edison Rex’ is a mad scientist, criminal genius…is trying to defeat the world’s greatest hero and succeeds…and then has to figure out what to do with his life. Hilarity ensues!”

Monkeybrain Comics launches today over at ComiXology. To find out more visit http://www.comixology.com/MonkeyBrain-ComiXology-Exclusive/comics-collection/468