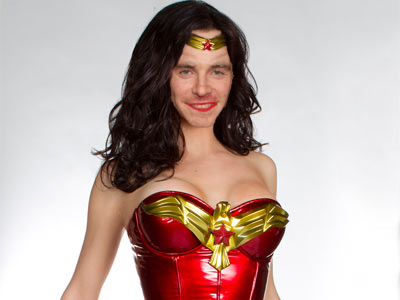 It’s the last podcast before we hit July… JULY! Can you believe it? And what better way to heat things up (…or cool down?) than with comic talk! Ok… so maybe a pool would be better suited to keeping you cool this summer, but when you get all pruney and get out of the water, make sure to bust out your iPod, iPhone or listening device and take in your weekly dose of Bobby, Steve, Bob and Stephanie.

On this week’s podcast, the guys (and gal) discuss ideal casting of the impending Justice League movie as well as story and other shenanigans. Who do they cast? SPOILER ALERT: Michael Fassbender stars as EVERYONE, even Wonder Woman. Seriously. Hollywood, MAKE IT HAPPEN.

As for Books of the Week, Bobby stays on the Before Watchmen train and raves about the first issue of The Comedian, Steve loves the crap out of Batman: Death By Design, Bob discusses Superman/Batman and Next Wave and in non-Book-of-the-Week shenanigans, Stephanie rambles on about North Carolina’s HeroesCon.