Yesterday Marvel put out a press release about it’s next up and coming event, “This is War!” So far the details are very fresh and very pliable but looking at the promotions for it we can already line up that it will have Thor and potentially some of the other Avengers. Come see how this might be a game changer at San Diego Comic-Con!
*Update 6/29*
OK, the final graphic for “This is War!” reveals… 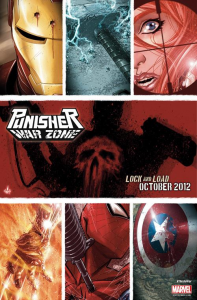 Punisher: War Zone!
*Update*
We’ve gotten a hold of the details for the panel for “This is War!”:
Sunday, July 15th at the Amazing Spider-Man panel, 12:30PM PST

Marvel has developed a big reputation on building mega story arcs. Fear Itself, Siege, and AvX have rocked 2011 and become true game changers in the industry. Backed by a silo of strong and flexible writers, Marvel turns out several arcs per year that could influence the next generations of narratives with each conclusion.

As per reputation, San Diego Comic-Con is the premier stage to reveal and showcase those events. This year at SDCC I am fully expecting to see some news on “This is War,” and potentially several other arcs. The other purpose is to seek out how the talent will rotate in the Marvel stables, for example earlier we heard that Matt Fraction is moving to FF and Jonathan Hickman is moving to Avengers. So a big question is where Brian Michael Bendis might go. Bendis is the game changing pen behind some of the biggest events in the Marvel continuity, any project he’s attached to is bound to be a head-turner.

Stay tuned for more details about comic book panels, releases and news on our road to SDCC! Check out the teaser images for “This is WAR” below! 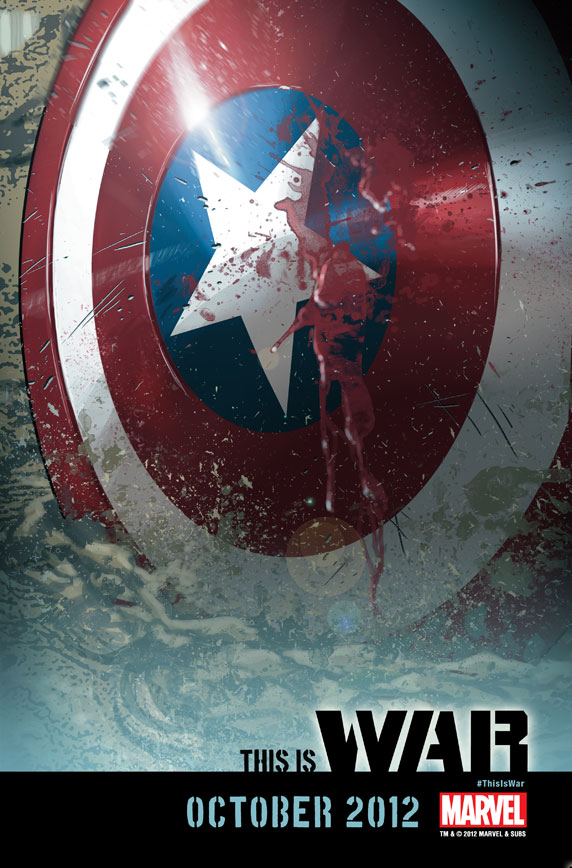 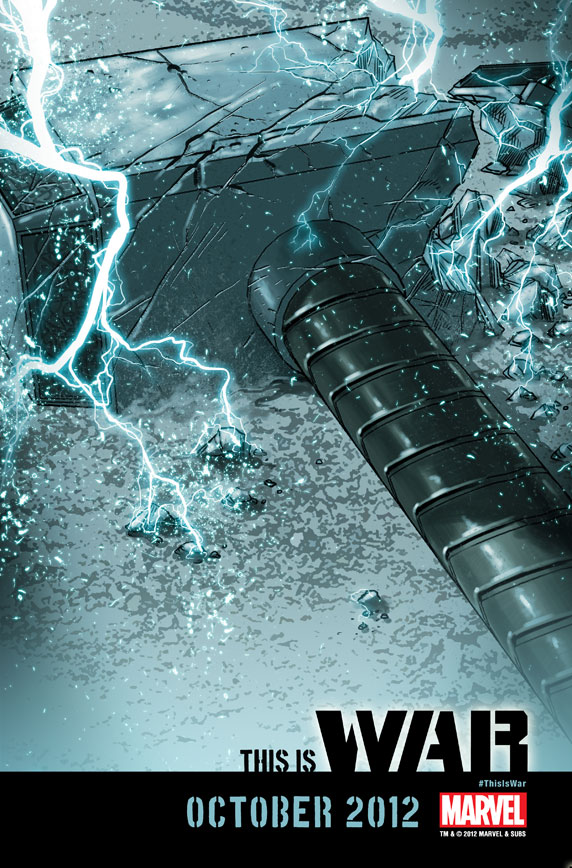 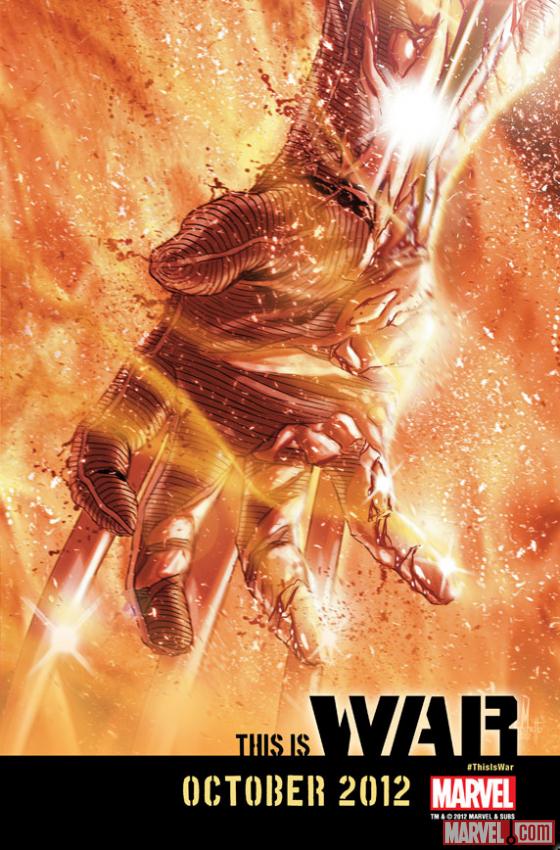