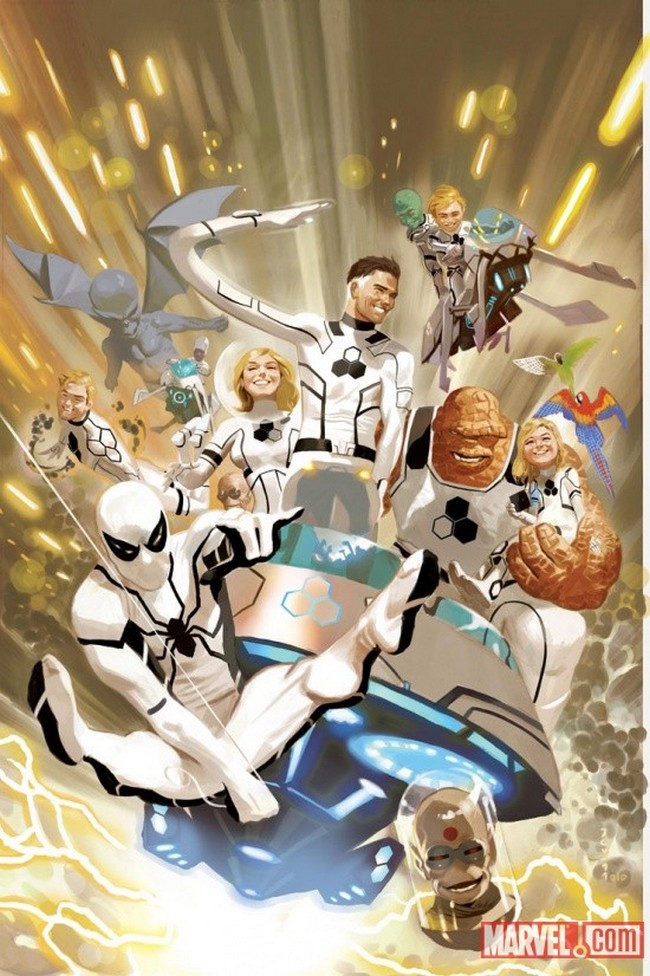 How I Fell in Love with the Future Foundation

I am a significant speck of human dust standing atop the surface of a moon that orbits many neighboring planets. Surrounded by an ocean of stars and drifting satellites, I’ve been left with no choice but to fear for my life. Towering above me, are four robotic, celestial titans, their eyes ablaze and ready to unleash hell upon me. To reduce me to nothing but fire and screams. Moments of triumph and regret all flash before my eyes as I ready myself for cosmic death. There is nothing that can save me now … but, wait … who is that?

I remember what looked like a door, inside of a mountain, sliding to its side. A small boy emerged. He couldn’t have been any older than 11 years of age. And just as I had chosen to accept the inevitability of my death, he emerged from within that mountain and nodded to me, knowingly. And in that moment I witnessed him do something the likes of which I still cannot fully comprehend or hope to explain.

From within his hands he’d created what looked like a universe no bigger than the size of a golf ball. This tiny, swirling orb looked to have it’s very own atmosphere! A galaxy of stars began to swirl, these twinkling spirals now pooling around one another to form clusters. The clusters were already navigating the  newly formed gravity. Simply … amazing. I was witnessing the birth of a universe. A new dawn. All of this, happening within the hands of a tiny child. Amazing. Simply just … fantastic.

The little boy turned to me and smiled. And it was in that moment, when the corner of his mouth lifted to reveal that Cheshire grin, that I knew I would live to see another day. That orb left the sanctity of his cradled hands and exploded. All was stardust and white light. Voices raised in attack filled my ears as swarms of light and energy took to the skies. I’ll never forget the sound I heard as the titans fell. Try to imagine what it would sound like if the entire planet was to heave its last sigh of life as we know it, everyone all at once, a universal cry of woe and surrender. It was worse than that.

I awoke to find myself cleaned and dressed in strange new clothing. Sitting beside me was the boy from my memory. Perfectly happy with himself and still wearing that toothy grin, he says to me, “They almost got you, you know?” I tell him that I know, and thank you. He gets up and walks over to my bed as I try to piece together the events of my near death. The boy says, “Don’t worry too much. My sister will explain everything to you after you’ve had a chance to eat something. My Mom and Dad are going to want to talk to you as well. I don’t really know if you understand how truly important it was that I save your life because … well, you’re going to be the one who eventually saves mine.” I am nothing but questions. And through my befuddlement I heard the boy say through a mental wall of black fog, “Oh, I almost forgot. My name is Franklin.”

One of the benefits of being a part of the Talking Comics collective is that it affords me the privilege of being partners in comics with our very own Mr. Bob Reyer. Bob’s passion and love of comics is infectious and can be felt in every one of his wise words when he speaks of the books and characters he loves. As part of last years Christmas celebrations, Bob had given me the gift of several Fantastic Four trades. It was there that I began to read about the interplanetary antics of Marvel Comics coolest super hero family, The Richards.

Fast forward to just a few days ago, where upon catching up with the amazing Fantastic Four series written by Jonathan Hickman (#600 to current is where I began my journey) I had decided it was now time to explore the partnered series, FF.  I’ll be the first to admit that when I started reading Future Foundation I was almost nothing but overwhelmed and confused. I felt as if I needed about 51 years worth of back story to truly understand and appreciate the events happening within the story. But as our good friend Rob Neumeyer had said while guesting on our weekly podcast a few weeks back “Every book is a jumping on point.”, and I could not agree more.  So I pressed on.

Through the pages of Jonathan Hickman‘s Future Foundation not only have I inducted a new female character into my Top 10 of  All Time (Valeria Richards) but I’ve discovered a whole new level of comic book reading that I never knew was possible. Multiple dimensions, pocket universes, warped realities, doppelgangers, alien civilizations, cosmic disaster, it’s all there. It’s incredible to know that human beings are even capable of writing about these matter so comprehensibly without ever having experienced them first hand. But here we are, saving the galaxy and all of mankind, issue after issue, and all it takes is a lot of brains, deductive reasoning, and most important of all, family. 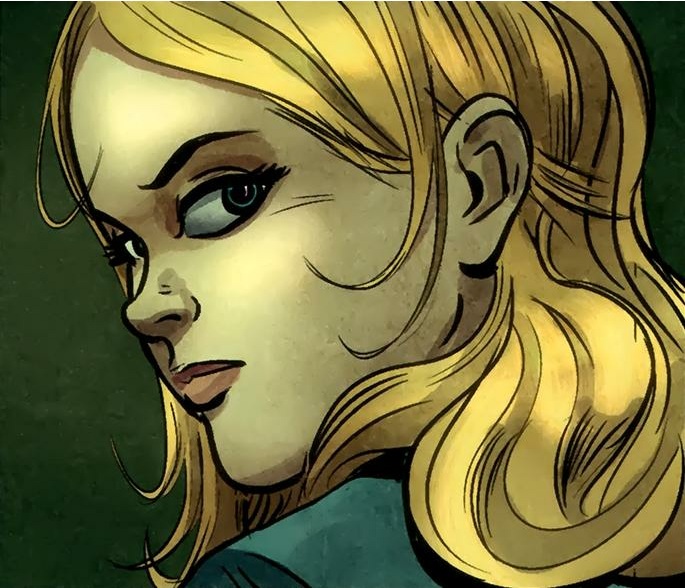 If you really think about it, how much do you actually get to see the Richards family (and their compatriots) use their powers? Not very much. To think that super heroes can sometimes be more impressive with their minds and more dazzling within a conversation than if they were just blast people out of the sky is an achievement unto itself. Yes. Of course they do use their powers.  But those moments are almost so infrequent that when the moment comes for them to used it’s for the purpose of heroism and heart, something a lot of super hero books lack in recent times. Some readers may perhaps become inpatient with this idea, but I implore you to remember that good things come to those who wait.

I am now officially chomping at the bit for the next issue of this amazing series. Jonathan Hickman has reduced me to a fanboy mess for these characters and in such a short period of time, too. My hat is off to him and the entire team behind the Fantastic Four and Future Foundation, respectfully. I am well aware that soon Hickman will be leaving the Richards family behind (entrusting it to the also very talented Matt Fraction), but my hopes are that this transfusion of new blood into the series will only take it to new heights.

So to Bob Reyer, Jonathan Hickman and our dedicated fan Huw Parry, I say thank you. Thank you for pushing me toward what has become one of the most satisfying comic book reading experiences I have ever had. I will gladly march into any future so long as the Richards family and the rest of the Future Foundation are there to defend it.