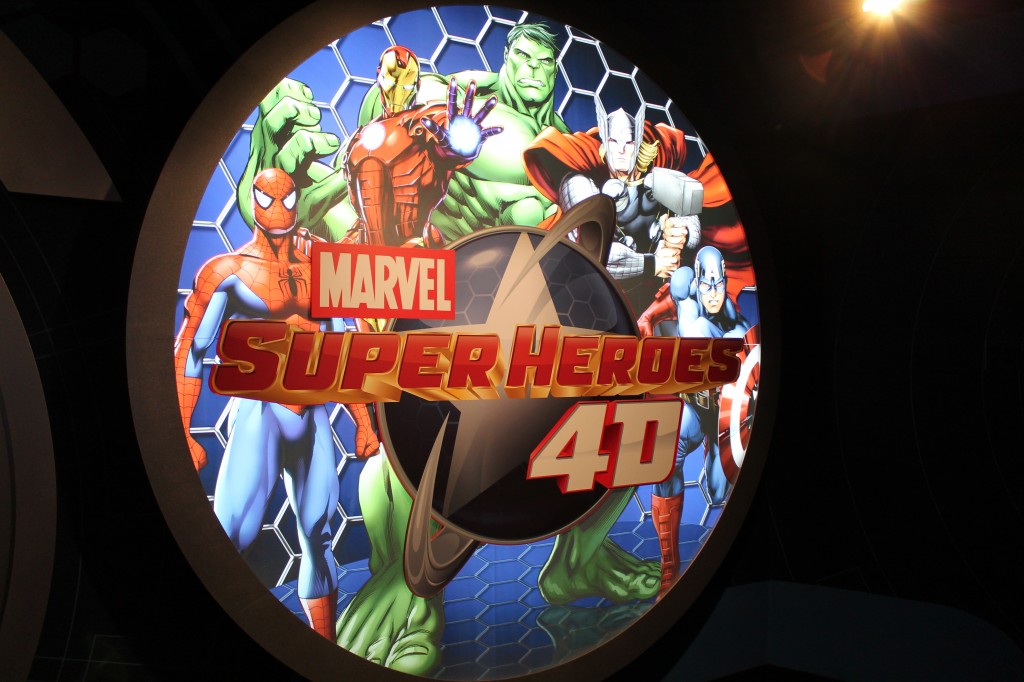 So today I had the distinct pleasure of chilling with some of my buddies (Hi Logan! Hi Harry! Hi Matt!) deep inside the belly of the Big Apple this afternoon. The day was filled with all sorts of geeky goodness, such as a trip to Toys R Us to check out their new Marvel section, Nintendo World, Midtown Comics,  we saw Pixar’s Brave at the Regal, went to the freakin’ Lego Store! Yeah, it was quite the day. But the initial reason for this get together was so that we could all check out the new Avengers 4D event inside of New York’s premiere wax museum. If 3D wasn’t cool enough, how could we possibly handle a whole other dimension added to the mix? Well … 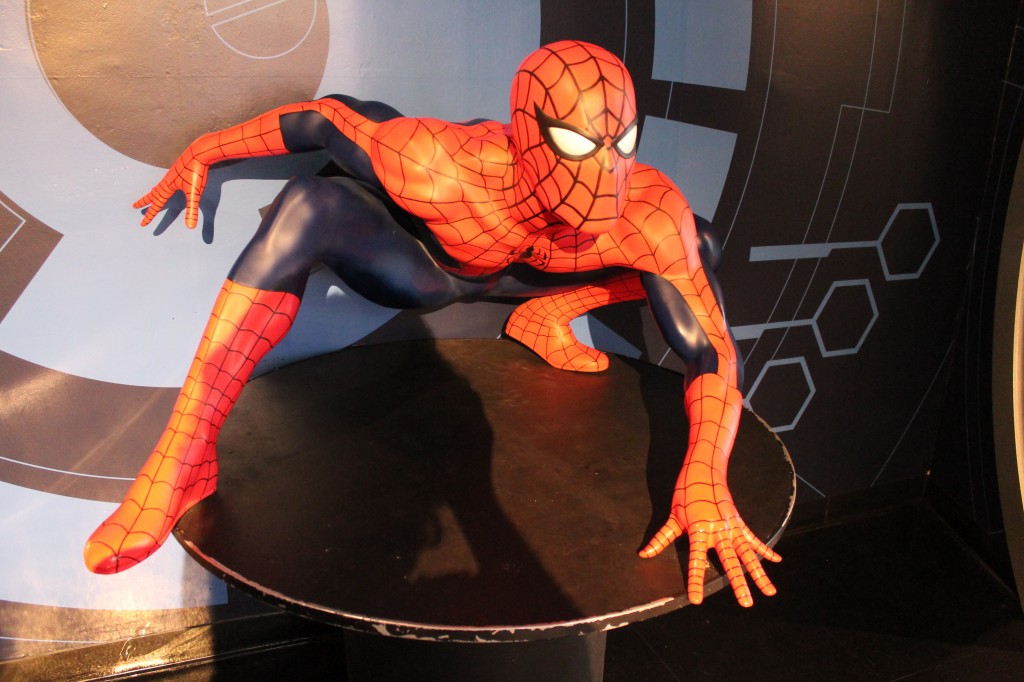 Okay, let’s you and I sit ourselves down and order ourselves a few “compliment sandwiches”, shall we? The Avengers 4D is something that your kids are going to love. What is 4D you ask? It’s pretty much 3D but with joy buzzer, rumbling seats, tufts of compressed air and spritzes of questionable water. I’ve got to tell you, anytime I’ve gone and sat in one of these 4D theaters, I make sure to keep my mouth shut, as I don’t want any of that water making it’s way down my throat. I can’t help but think back to that Simpsons episode where Lisa drinks the flume ride water at Duff Gardens. Who knows how long it’s been sitting in those seats, collecting at the bottom, a residue forming as the water sours inside the metal frame. Delicious. 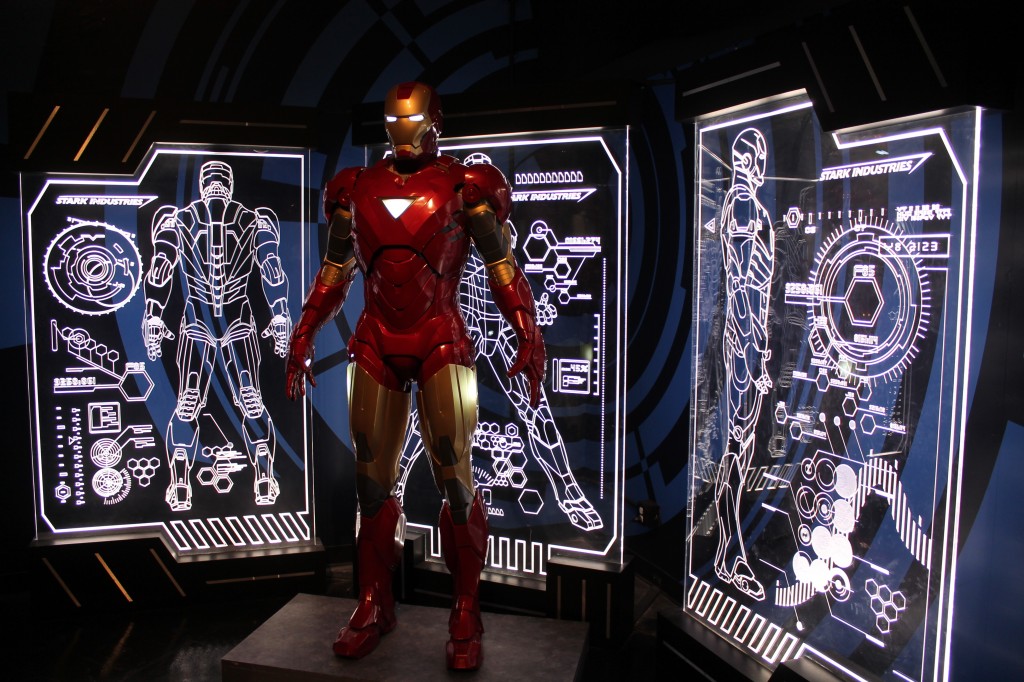 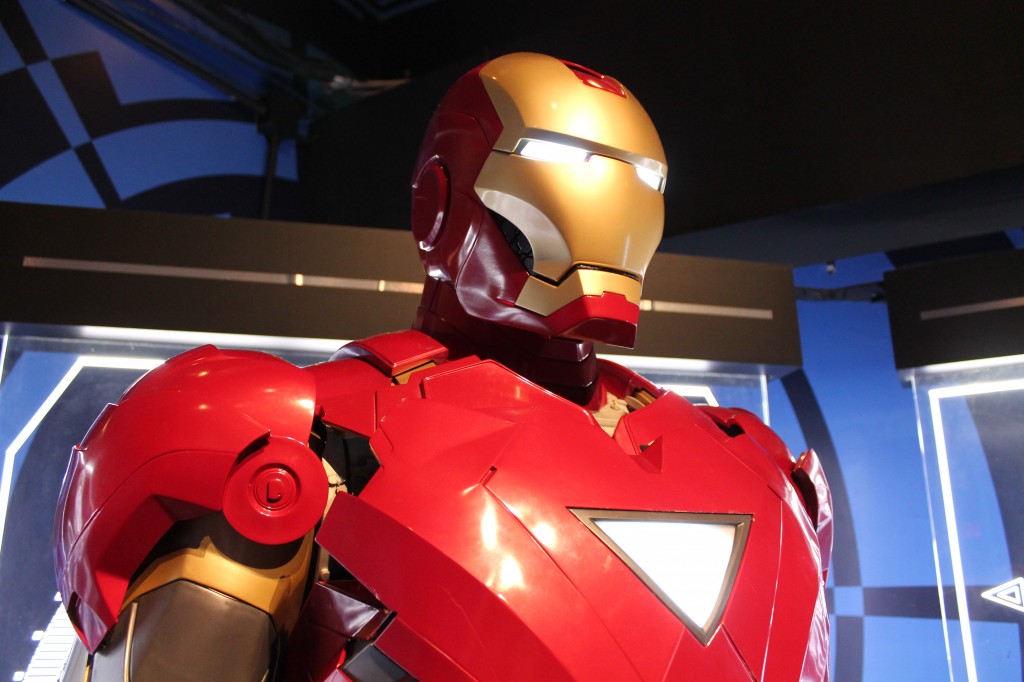 So what was up with the “movie”, you ask? Well, if you’re looking for the sequel to The Avengers or perhaps even a mini-movie, you’re going to be disappointed. What Avengers 4D is, essentially, is a ride that is the knock-off equivalent of a “theme” ride at ghetto Disney. I don’t know if it was perhaps my 3D glasses that were the problem but the whole film just seemed blurry to me. From the very start I felt as if someone in the both had failed to focus the reel. 3D is supposed to be sharp, not muddy. Oh yeah, I should probably mention that the film stars CGI rendered versions of The Hulk, Iron Man, Thor, Captain America and … Spider-Man. That’s right, Spider-Man. No Hawkeye. No Black Widow. Fail. 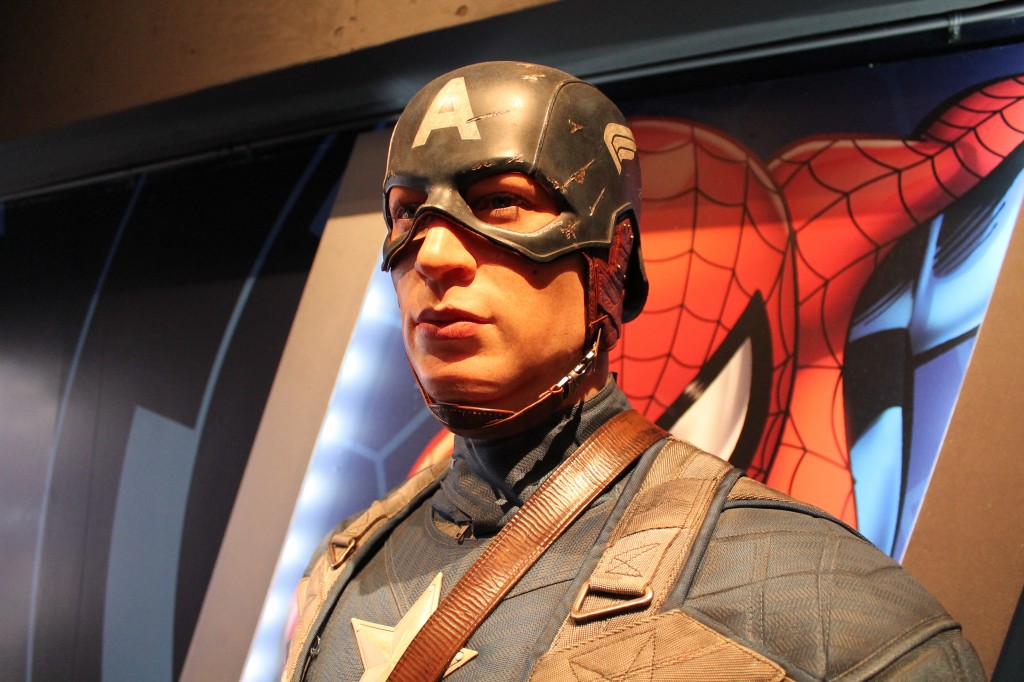 For what it’s supposed to be the animation isn’t bad. The voices are tolerable replacements for the real thing and the sound production both in the theater and in the film were really well done. Seriously, when something blew up it rocked the theater, and your seat (get it?,because it was 4D? Wakka wakka!). So yeah, the film is a little under 10 minutes long, if I had to wager a guess. The content of it is decent but noting I’d be like “Oh man! You have to check that out when you go to the museum!” I mean, it’s included in the price of admission so you might as well go check it out, just don’t expect to exit the theater as dazzled as you were after first seeing Joss Whedon’s Marvel epic. 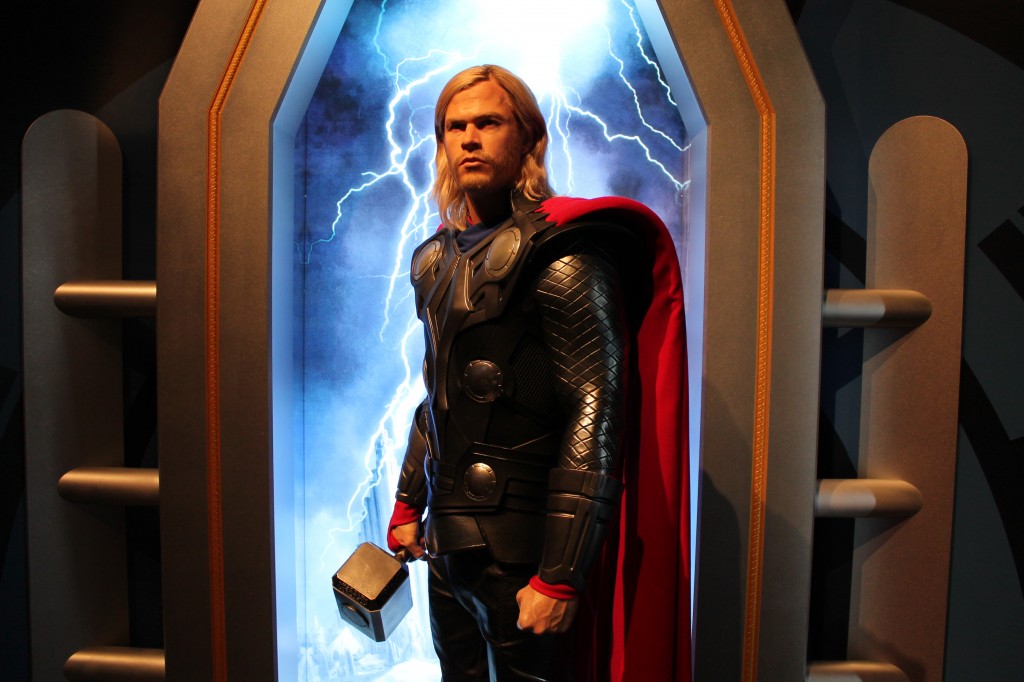 On the plus side! Yes, there is one. Outside of the theater you’ll get to gaze upon the waxy visages of Captain America, Iron Man, Thor and a really freakin huge Hulk. The figures look mighty fine and are a lot of fun to take pictures with (or swing from Thor’s hammer like I saw this little five-year old do this afternoon. I wanted to shout at him, but I didn’t.). Looking at the figures is an entertaining way to pass the time until you’re permitted to enter the theater to watch Avengers 4D and maybe have some rusty tap water and alligator urine misted down your gullet. 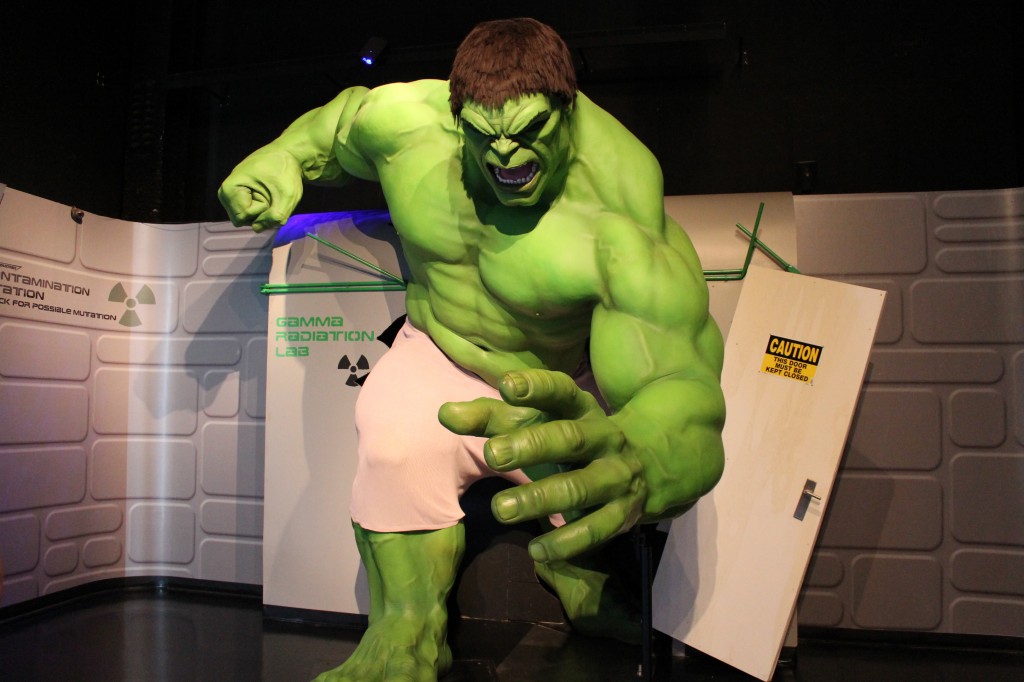 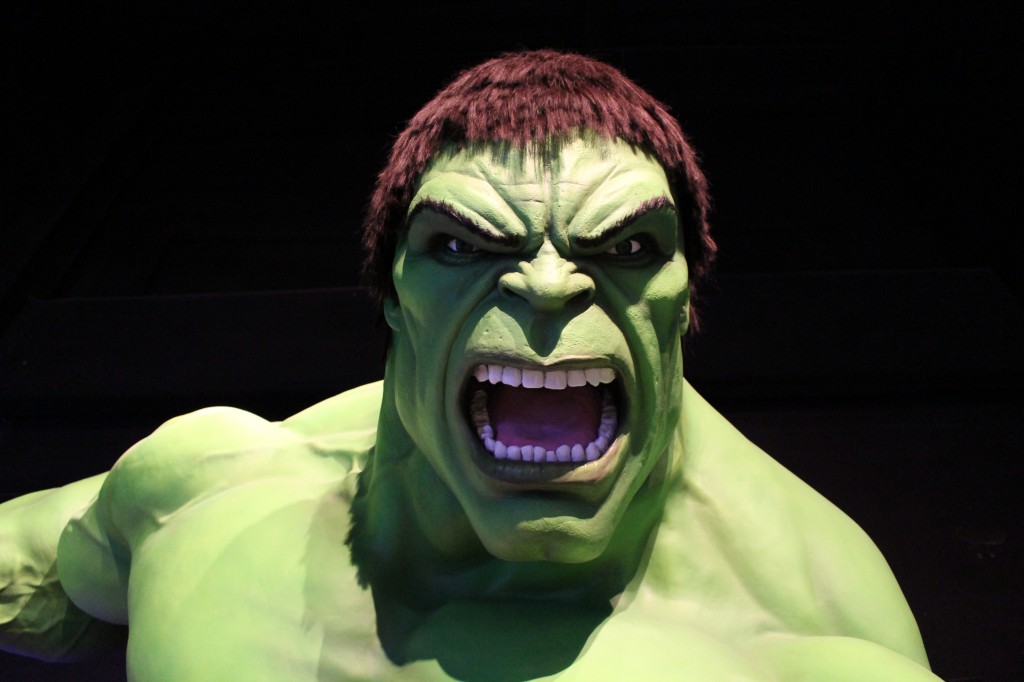 Like I mentioned earlier. It’s a fun thing to go and do with your kids and perhaps a few of your geeked out buddies. You get what you paid for and you still have the whole rest of the museum to explore which is always a lot of fun.

Oh, and as an added bonus, here’s a picture of me with the one and only Justin Bieber! Ha! 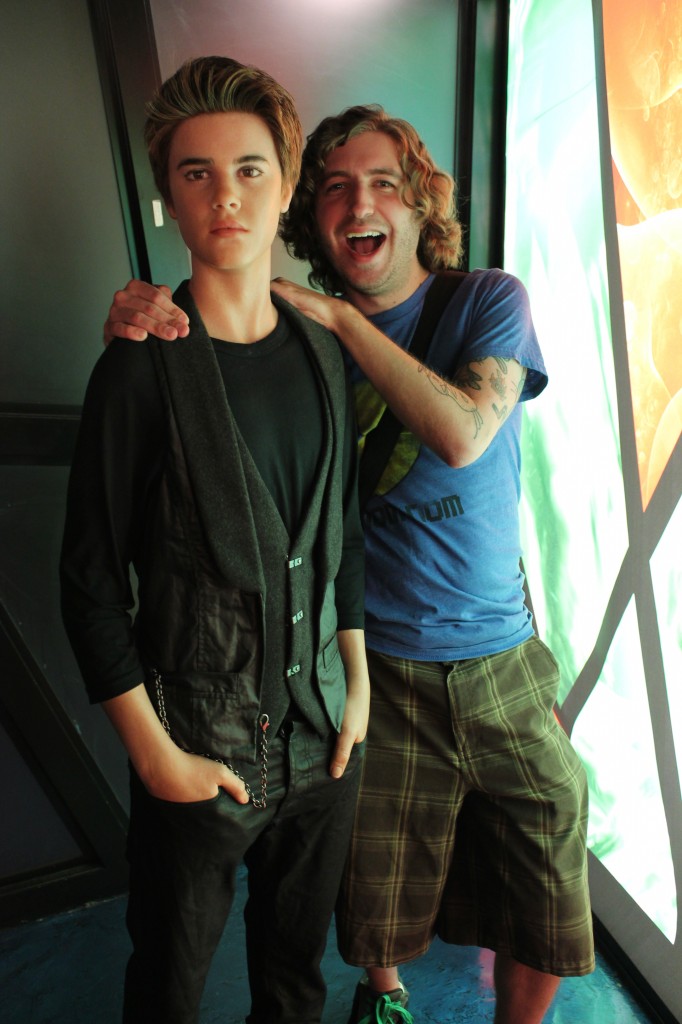 * Fun Fact About Today: At one point I was convinced that a wax figure was totally real. I even walked up to it and poked at it to be sure.