FacebookTwitterPinterest
Bob Reyer breaks down what Jonathan Hickman moving to The Avengers could mean for Earth's Mightiest Heroes and what that does to the FF. 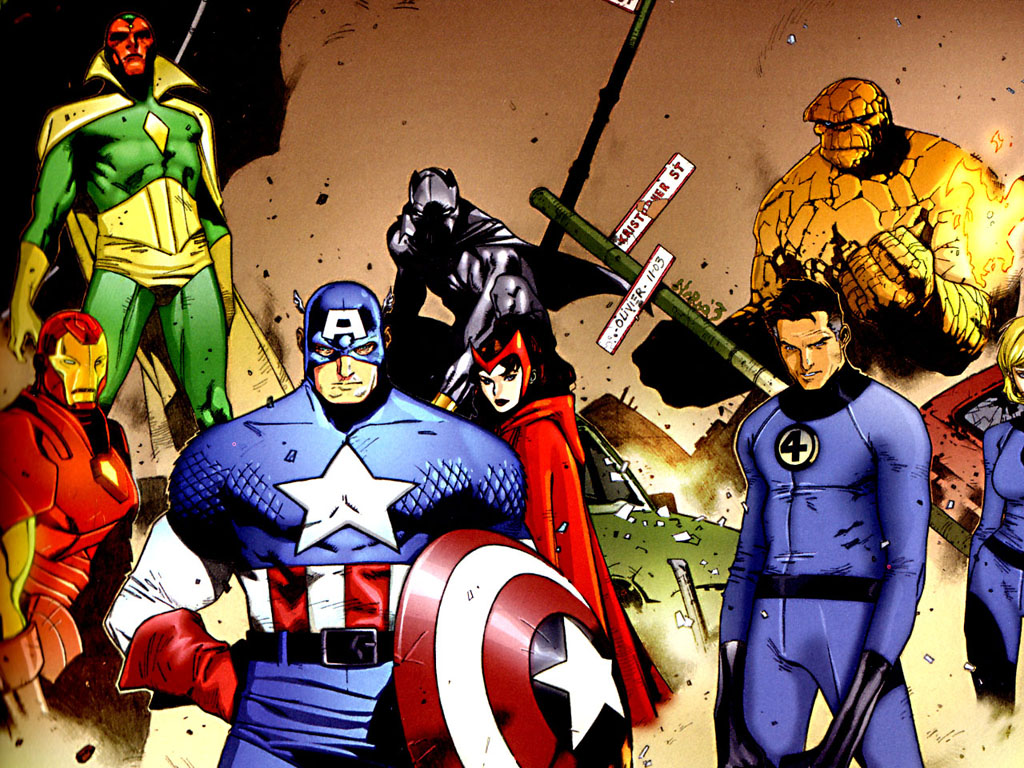 According to many industry sources, but as yet unconfirmed, there is informed speculation that a seismic shift is about to occur at two of Marvel’s most important books. First, Jonathan Hickman (and my fingers are barely able to type this) is leaving the Fantastic Four, which he has shepherded back from the brink of irrelevance (More on this later—film at 11); his new assignment will be to follow fan-favorite Brian Michael Bendis as writer of The Avengers. Mr. Bendis’ run on that book and it’s ancillary titles has been an unqualified commercial success, and garnered much critical acclaim. That said, The Avengers’ corner of the Marvel Universe has been a dark and ominous place, top-heavy with cataclysmic “events” over the last few years, and though I understand the artistic intent, as well as the business model in play, there are other ways to accomplish the goal of energizing the fan base and increasing sales across the line—and for that task, Mr. Hickman is perfectly suited.

Over his 3-plus years as steward of the Fantastic Four family, the Lee/Kirby masterpiece has experienced a renaissance that could scarcely have been predicted when Mr. Hickman took over the title. By returning the series to the type of stories told during it’s “cosmic adventure” peak, whilst retaining the core values of family, friendship and humanity, he crafted books that were a pleasure to read, and that each month could be counted on to deliver a surprise or two along with the latest chapter of the over-riding story, some threads of which took nearly the entirety of his tenure on the book, not to mention the utterly charming FF, to complete; and while, for instance, everyone and his uncle knew that Johnny Storm would eventually return, the handling of what could have been a “by-the-numbers” event, instead became an exercise in true character growth. Johnny has been affected by his time “away”, although thankfully, he isn’t being written as the requisite “grim & gritty”, just more mature—sometimes!

This bodes well for The Avengers stable of books, with their own large roster of characters, many of whom have not gotten enough “screen time” of late to be anything but background filler, or whose “on-model” personalities have been subsumed by the needs of “Ragnarok” story-telling that by design, elevates action over human drama.

So now the question is “Whither Fantastic Four”? As many of you might know, this title has been my favorite since virtually the day my dad bought me issue #5 (the first Doctor Doom!) from the candy store 50 years ago, and I consider (as do many scholars who get paid to do this!) Stan & Jack’s Fantastic Four #1–#100 to be the single greatest creative achievement in the comic book medium. The later history of the title includes legendary creators such as Roy Thomas, John Romita, John Buscema, Walt Simonson, George Perez, and in a 5-year run second in quality only to the original hundred issues, writer/artist John Byrne. Soon to add his name to this list, it appears that Matt Fraction, currently scripting Iron Man and The Defenders, will be handed the reins. I’ve been enjoying his semi-retro take on the newest incarnation of The Defenders, now seven issues deep. Enfolding smaller stories within a larger blanket of cosmic intrigue and mystery, Mr. Fraction has struck a nice balance, with sly humor alongside high drama, with issue #4 a stand-out.

Of course, no one can predict the outcome of the marriage of creators to properties, as these fictional constructs seem to take on a life of their own, but importing Matt Fraction (and here’s hoping that the art team of Terry and Rachel Dodson comes along as well) might continue the legacy of grand adventure that has been the hallmark of the Fantastic Four, the first book of the “Marvel Age of Comics”.

AN ASIDE:  Please Mr. Hickman, can you pare down the roster of “Avengers” to actual Avengers? Maybe it’s me, but for my money, Ben Grimm is one of the Fantastic Four, Wolverine and Storm are X-Men, Doctor Strange leads The Defenders, and frankly, Spider-Man and Daredevil function much better as solo characters.

For a quick Fantastic Four overview:

Now OOP, but available on Amazon Marketplace for under $10, this gorgeous 300-plus page hardcover includes some of the most iconic tales in the storied history of the FF, and is highly recommended!