Last week we ran our ideas for ten heroes who deserve their own movie in the DC Universe. This week, we’ll be taking a look at the Marvel heroes who likewise need their fair turn on the silver screen. Yes, some of these properties are in production and yes, some of these characters have been on the big screen before, but just not as a leading character.

As always, in no particular order… 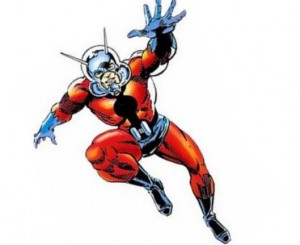 Edgar Wright has been attached to direct this for some time, and despite the character’s silly name (there is at least one dumber one on this list) I think the energy and kinetics of Hank Pym would translate very well to film. Also, I would want to get rid of this costume. The H belt buckle? Come on, guys.

I was never a huge X-Men fanboy growing up and therefore didn’t ever really delve into the mythology of time traveling Bishop. But his inherent badass nature makes for a great standalone movie (think Blade but PG-13) that wouldn’t have to be tied to other X-Men continuity. Even though the ethnicity is wrong, I cant get Dwayne Johnson out of my head to play him. 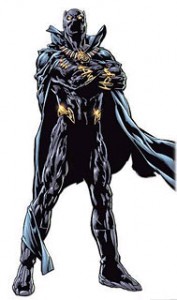 The story of Black Panther, or T’Challa, could very easily be told in a manner similar to the first Iron Man, insomuch as they both have fish-out-of-water plot devices. The Panther dons his suit as a protector of his people, which is akin to Batman. The classic storytelling elements are all there, but it gives a fresh perspective since T’Challa is African. Once again, get Chweitl Eijofor and call it a day. 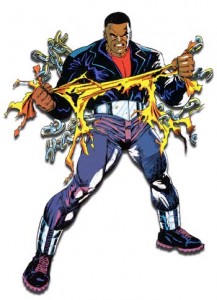 I’m not so much interested in a Power Man movie (or a Iron Fist collaboration a la Heroes for Hire) as I am a Luke Cage movie. This is where I want Marvel to spend $20 to $30 million dollars on a small but effective R-rated gritty story. Cage has emerged in recent years (the MAX line, for example) as a foul-mouthed bodyguard for hire. Maybe tell a story akin to Man on Fire? But, you know, with super powers.

Mar-Vell, as he’s better known (and differentiates him from Shazam!) is one of those heroes who is a bit of an amalgam of other heroes. He has the space alien Superman thing going on while at the same time is wholesome in a Captain America type of way. The cosmic nature of his powers would be really cool to see on screen (like a more successful Green Lantern) and the right actor with the right charisma could pull it off.

Okay, so not quite a hero. Also, we have seen him portrayed on camera before (by Ryan Reynolds in X-Men Origins: Wolverine) but never as a centerpiece. Deadpool has that anti-hero quality that draws audiences, and it doesn’t hurt that he quips just as well (if not better) than Spider-Man. Reynolds is still a good fit, but some of the costume has got to make it on screen. 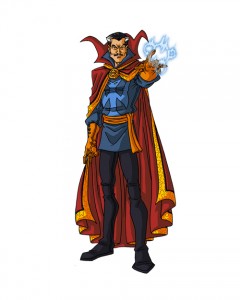 The supernatural and mystical has never been my favorite thing in comic books, but Stephen Strange is damn cool. I love the idea that he is sought after to advise on situations for characters. He has more knowledge of the occult than anyone else in the Marvel Universe, so I think a Doctor Strange movie could be likened to perhaps a lighter Constantine. Patrick Dempsey has expressed interest — I say run with that or go with someone lesser known like Luke Evans.

We have seen three Kitty Prides before but the most notable is Ellen Page in X-Men: The Last Stand. She could even still do it, but I want a hot pursuit/girl on the run story (maybe the government wants her?) where she uses her powers to dodge and escape captors. We could even call it … Shadowcat & Mouse.

Okay, that picture is ridiculous. But just as Aquaman functions for DC, Namor is in control of 70% of the earth. Have Sean Baher or Zachary Quinto step into the green tights and give us a politically conscious eco-story with plenty of action and sea setpieces. It could be epic.

I told you there was one more dumb name on this list. The Surfer is one of the coolest characters in all of the Marvel Universe yet has a moniker that is very much a product of the time he was created. Yes, we did get to see the Surfer in Fantastic Four: Rise of the Silver Surfer but he acted more as a plot device than a character. I want to see Norrin Radd go toe-to-toe with Galactus on a intergalactic level — nevermind earth. You can keep Larry Fishburne’s voice, too.