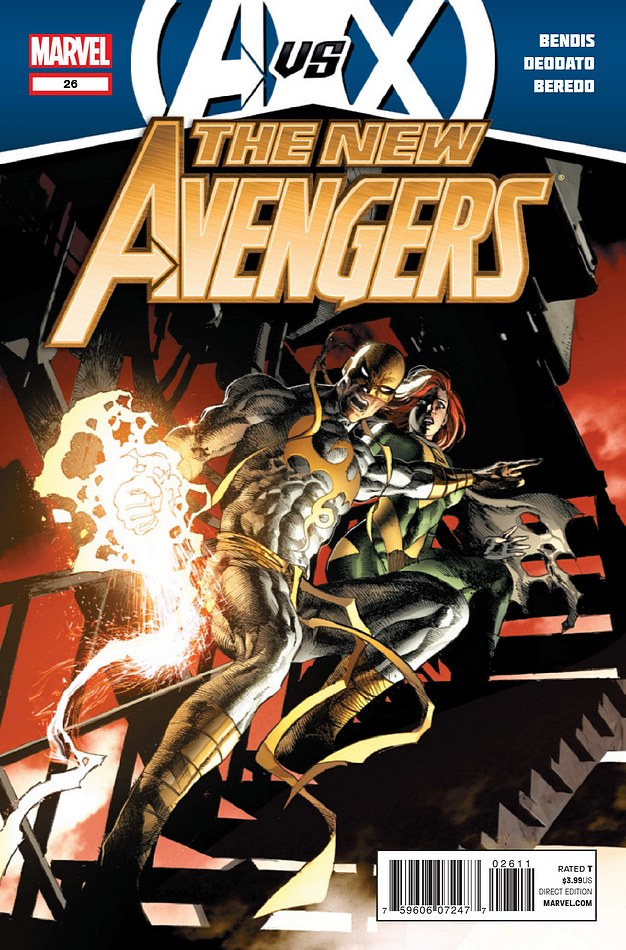 To quote an old “Odd Couple” episode: “When you assume, you make an ass out of you and me.” I’m truly sorry if based on my review of New Avengers #25 that any of you who were on the fence about purchasing #25, or by extension #26, spent actual cash on what I sort-of promised you would be a complete story. Ah well, live and learn, I suppose.

What we do have though, is a more fully-realized second act spotlighting the training of Fongji, the newest Iron Fist, who may also harbor a connection to a certain cosmic entity. We’re also introduced to a new supporting character, Leonardo DaVinci (!), brought to K’un Lun to ferry Master Yu-Ti’s prophecy through to it’s conclusion, which requires DaVinci to construct the world’s first interstellar telescope to provide early warning of the Phoenix Force’s arrival. Fongji’s ascension to the Iron Fist via the harnessing of the Dragon’s Fire and this new cosmic addition may be the salvation of humanity, or prove to be the first step in mankind’s ruination.

Once again, as in New Avengers #25, the framework of the plot is quite good, it’s the languid way that the skeleton is fleshed out that’s troubling to an old-timer like me. There’s no overwhelming dramatic tension built up, so the events of the issue play out to their “cliffhanger” without the level of dread such an ending should engender. Mayhap Mr. Bendis’ issue #27 will retro-fit a bit of terror into the mix.

Mike Deodato’s art seems much more focused on driving the plot forward this time around, and that’s most welcome, as he is a highly-talented visual story-teller, and it’s this aspect of his craft that is most evident here. I have a minor quibble about the cover—the image doesn’t directly represent any event from the story proper, and that’s a pet peeve of mine going back many years.

All told, a very serviceable comic, marred for me by the drawn-out nature of the pacing. Re-iterating from my review of New Avengers #25, each issue seems more a chapter of a single comic, than a book complete in it’s own right.

Will New Avengers #27 bring us the conclusion of this tale of the confluence of mystic and cosmic forces?

Will Bob finally give an unequivocal thumbs up to a Brian Michael Bendis comic book?

Tune in next issue,