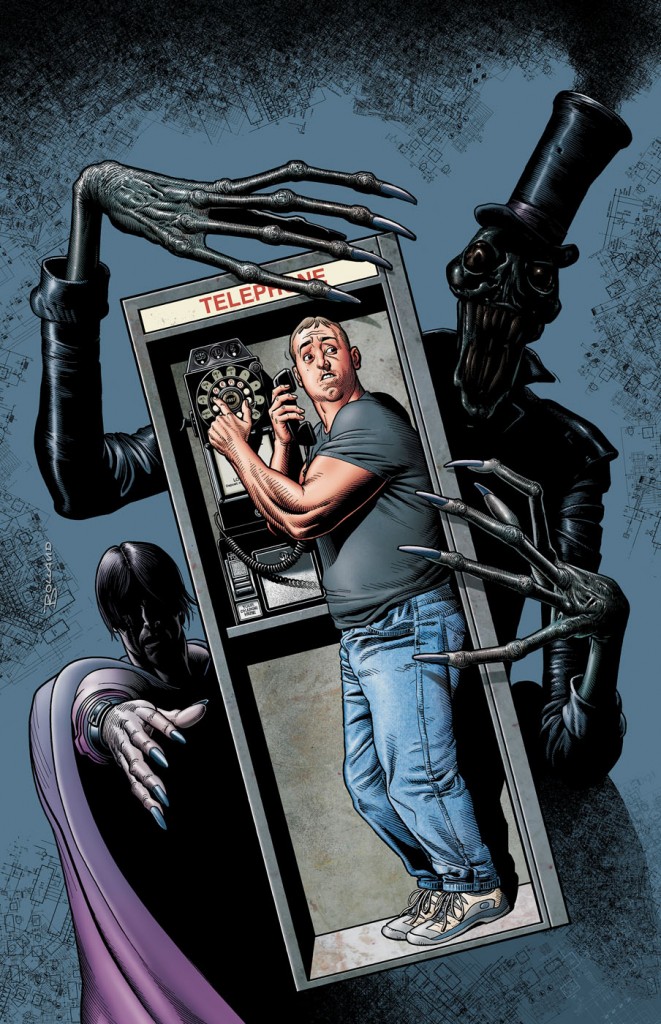 Nelson is out of shape. He’s lost his girl, his job, as well as his sense of purpose in this world. So perhaps it’s pretty fortunate that he lives right around the corner from a mysterious telephone booth that allows him to transform into something with far more special than he ever thought he’d be again … a super hero!

Among all of the titles associated with the  2nd wave of books from the DC New 52, I have to admit that Dial H was my most anticipated of the bunch. Finally, DC has decided to grace us with yet another straight up horror title (Animal Man and Swamp Thing come to mind), and I’m happy to report that I really enjoyed it. I immediately took to Nelson, as I’d found him to be one of the most honest and relatable characters we’ve had inside of a DC comic in quite some time. He’s troubled, lazy, and unmotivated … just like me! Ha. Not really … well, sometimes.

Anyway, while attempting to contact the authorities by use of the mysterious telephone, Nelson soon becomes an abomination of sorts. An abomination … that is perfectly tailored to deal out some mystical, smoky justice to the local thugs harassing his friend. I’m trying very hard here not to spoil anything for you. Let’s just say that the heroes born from the telephone are rather unique and the manner upon which they serve up their specific brand of recompense is just awesome.

I’d be remiss if I didn’t take the time to mention the fitting and hauntingly classic artwork of Mateus Santolouco, whose deep black lines and Lemire-ish hand works all too well for this title. It’s the kind of art that was needed if this book was going to work. I’m sure you could have done it a few different ways but this just seems to fit that limbo between being a horror book that’s not afraid to also don a cape or two.

So yeah, I’m all for this title. China Mieville is a welcomed voice inside of the DC New 52, and I for one hope that people really get into this book so that we can have lots of it.

Go and buy it. We may have lost a few titles inside of the first wave of DC New 52 books, but Dial H is a most welcomed addition in my opinion.