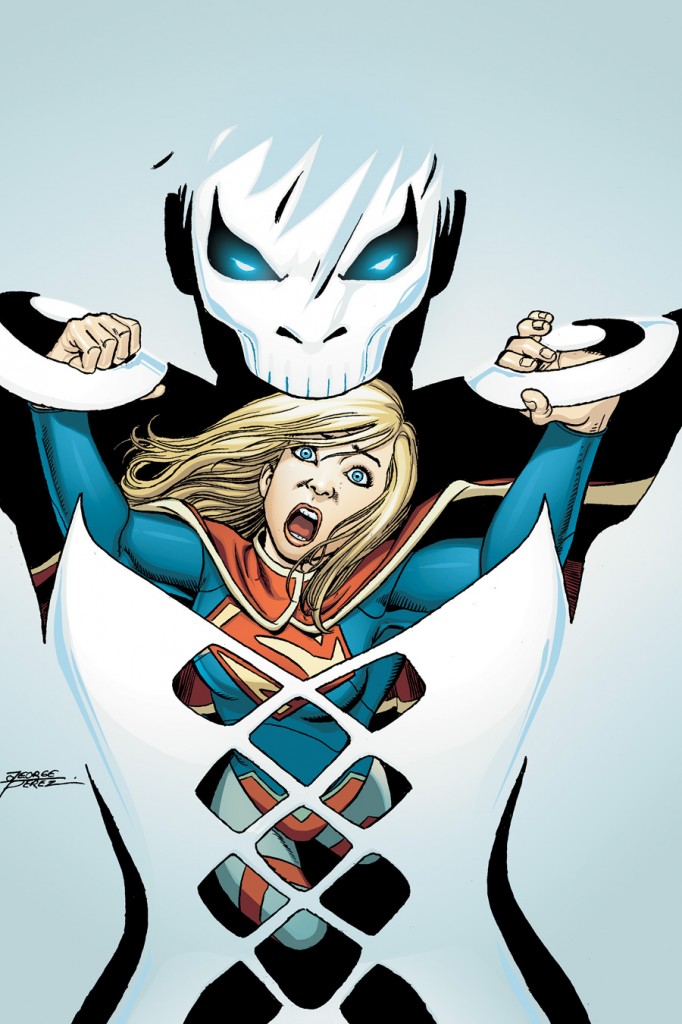 Holy smokes! Picking up right where issue #7 left off, Kara is exhausted after her battle with The Worldkillers and is looking for somewhere to rest her aching body. Unfortunately, a wall of military personnel have their guns aimed right at her pretty little head and they’ve all got itchy trigger fingers. Suddenly, from out of the crowd, steps a white haired young women by the name of Sibohan Smythe, who after coming Kara’s defense, escapes with the Kryptonian princess thereby proving to Kara that not all humans are out to get her. What follows is a comic that pushes the themes of friendship, trust, and the need to never walk alone in this harsh and cruel world.

Supergirl continues to be one of the best reads of the DC New 52. There’s really no question about it. After being away from Kara for about 2 months I was able to come back to her story, feeling rather refreshed, and was eager to find out what was happening in her neck of the comic woods. What I was greeted with was a truly enjoyable issue of Kara continuing to learn about who she is and what it’s like to tap into her inner most desire: to protect those around her, regardless of who or what planet they hail from.

Along for the ride is Sibohan Smythe, a plucky Irish gal with a pension for understanding foreign languages and a song in her heart. My heart lifted for Kara as I watched her investigate her new friend with much trepidation. I wanted so badly for Kara to not be alone and experience what it’s like to feel the security of a true friendship. This is not an easy emotion to accomplish in just a few pages but Michael Green managed to get it done and done well.

For the sake of not spoiling anything, I will wrap up this review, with only telling you that by the last page of this issue you will be pumped and ready for issue #9. Supergirl #8 is already my favorite book of the week and I’d be plenty surprised if I read anything that tops it’s haunting vibe. What do I mean by that? You’ll just have to read it to find out.

Buy it. There’s no doubt about it that Supergirl is the “Super” book to be reading. Pick it up and love it.