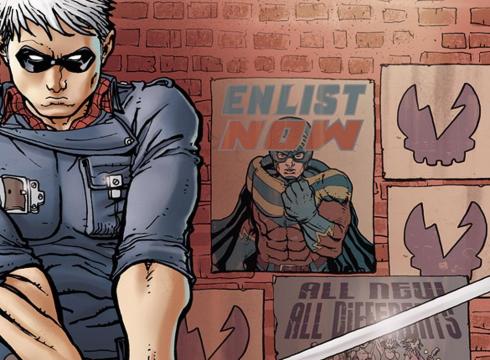 Welcome back to another issue of Talking Comics… the PODCAST! As per usual, it’s Wednesday and we’re jazzed about another week of new comics and another chance to talk to you all about said comics. On this week’s podcast, we have a special guest. That special guest is writer Joe Keatinge (@joekeatinge on Twitter), who is known for his work on Glory as well as on his new series, Hell Yeah.

In addition to having a guest on, the gang tackle some news regarding new comics, The Avengers and even Jersey Shore. Steve goes through the ABCs of his favourite books of the week (yes, that’s plural). Bob discusses Fantastic Four #605, Bobby brings up New Avengers and Stephanie gushes about loving Jeff Lemire’s run of Animal Man.