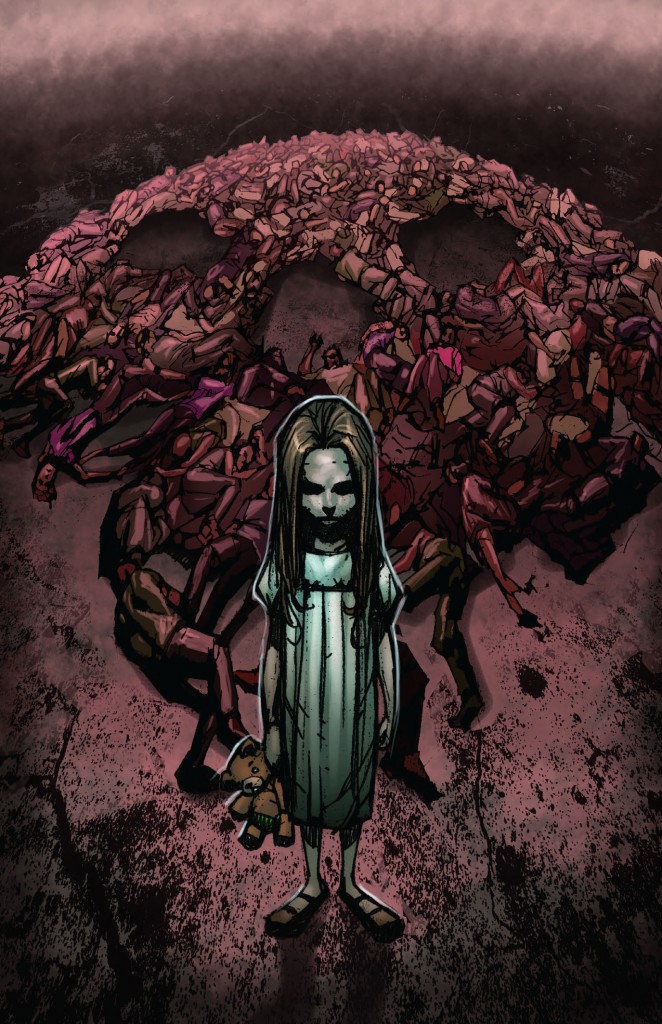 Officer Vanessa Pelagreno isn’t sleeping very much these days. Since the events of The Waking, in which a mysterious force cursed the world, by allowing those who had been murdered in life to rise from the grave to extract their deserved revenge, things have not been the same. Haunted by her memories and pivotal role in the case of The Waking Vanessa is struggling day by day to keep herself and her sanity in check.

Now, what if I told you that the murders have started happening once more? That even though the homicide rate across the country has plummeted to a staggering 1% there is still some sicko out there murdering people just for fun? In a truly creepy turn of events, and a fitting way to continue the story of Vanessa and Madison (the little girl who seems to be the cause of The Waking phenomenon), Raven Gregory is back, and there is a whole lot more blood that has yet to be spilt.

I gotta say … I’m sold. The Waking was one of the past few years best zombie horror related stories on the market, and the approach to this sequel seems to have all of the great ambiance of it’s predecessor intact. The opening to the book is truly disturbing (the manner in which our villain creates with and then disposes of his victims is really something rather clever), and I find myself already reinvested in Vanessa’s disillusionment and character after being back with her for just one issue. Her new partner, Dorian Grant, is a nice addition to the cast thus far as he’s sympathetic, professional, and seems willing to accept the impossible, which is paramount in a story such as this.

In my humble opinion, zombies are a bit played out these days, what with The Walking Dead being everyone’s go-to book for shambling, flesh-eating, moaners shuffling through the streets in search of brains. But Zenescope, writer Raven Gregory, artist Novo Malgapo, and colorist Michael Garcia are offering you up something worth your time. It’s no longer about survival, it’s about how long can we live in a world where those we’ve wronged are given the power to come back from the dead and kill us in turn? You better hope that where ever you stashed that body that it’s buried good and deep, otherwise, you might find yourself running from death yourself.

Buy it – And while you’re at it pick up the first volume of the trade paperback for The Waking. Not only is it a damn good read but you’ll also have access to all the back story. It isn’t essential to enjoying Dreams End but you’ll be happy you read it. Dreams End is creepy, but more importantly than that it’s unique. Do the right thing and add it to your pull list.