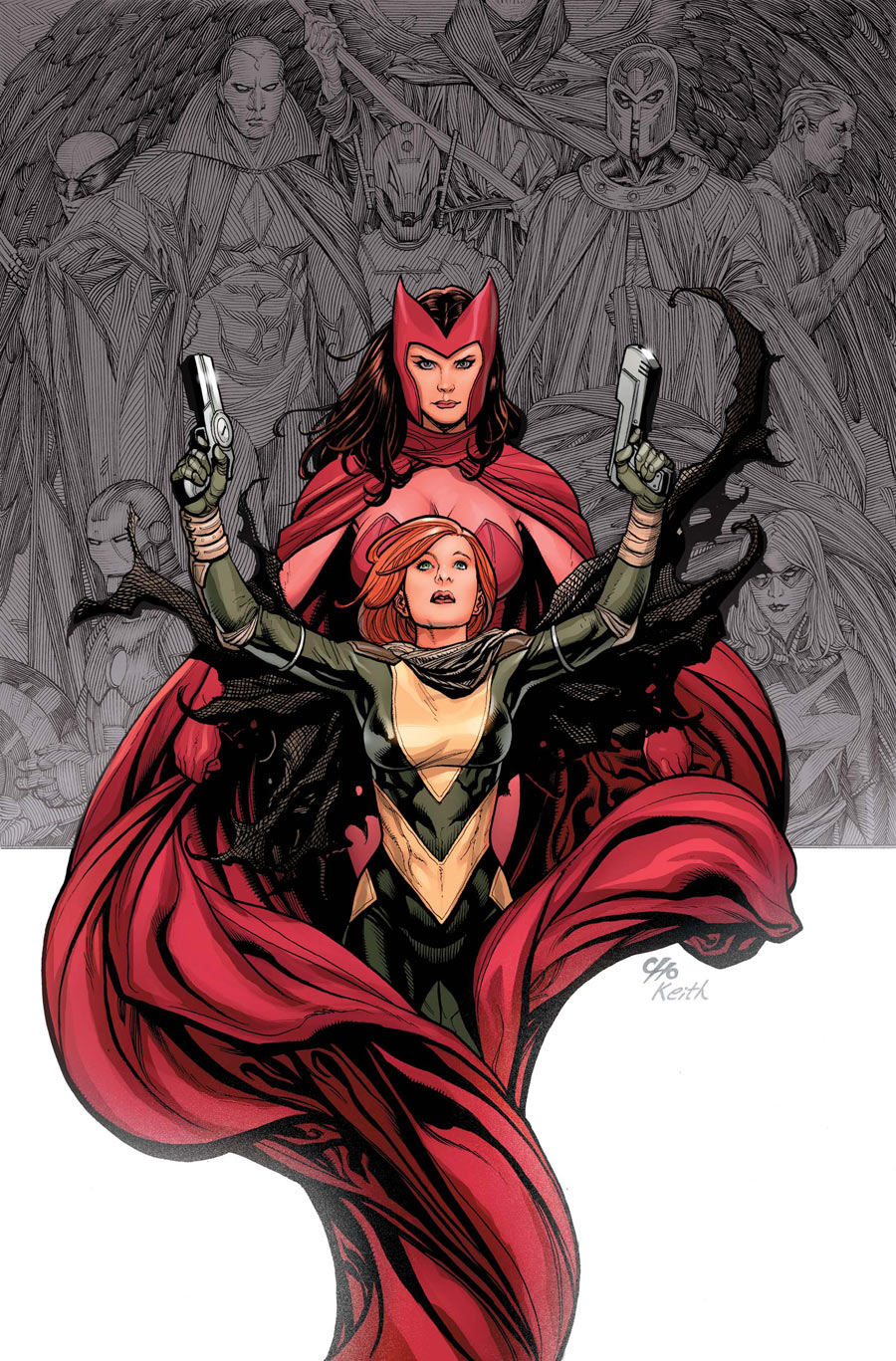 Avengers Vs. X-Men is such a big event it needs more than one reviewer! That’s why both Steve Seigh and Bobby Shortle are here to give you the skinny!

Well folks, after months of speculation and anticipation (and enough advertising to make sure the entire world knows it’s happening) the massive event of Avengers vs X-Men has begun! Firstly, if you’re feeling at all lost on the events that are about to take place, and don’t want to be left out of what’s sure to be on every comic readers lips for the next several months, then you should totally listen to our latest podcast that breaks it all down for you. Feel better now? I know I did after listening to Alan Kistler’s crash course on all of the major players and plots that have lead us down this grave and awesome road.

So is it any good? Is this the event we’ve been waiting for? I’ve got to say, Avengers vs X-Men #0 doesn’t seem to be wasting any time preparing you before it’s time to raise our super powered fists as villains are already raining from the skies. Split up into two perspectives and two authors (Avengers events and then X-Men events respectfully), this issue jumps between the plots of Scarlet Witch being under attack by M.O.D.O.C.K. inside of a heavily populated metropolis and “The Mutant Messiah”, Hope, growing restless of being under Cyclopes watchful eye following the events of the X-Sanction arc. What you can expect from this issue is lots of inner turmoil, self preservation, and a healthy amount of mutant vs super human fisticuffs. I’ll give it to you straight, unless you’re a die hard fan who is going to search underneath every proverbial rock for something to be wrong with this book, you’re going to enjoy it. It’s just enough to wet your palate, and that’s kind of the point, isn’t it?

The book is certainly not going to have sex with you just yet. It’s going to massage and bait you first with what’s to come like any experienced lover would. And even though we all want the knock out battles to be right up in our faces right away, we may very well have to be content to chill a little and let the fight come to us. There are plenty of talented people behind this event that it’s important to keep in mind that things will change throughout this run. The important thing is to have patience and be ready for whatever may come from all of this.

I think this is a solid start to something that we’ve all been waiting for for quite some time now. Fanboys on either side will be able to rejoice as they watch their favorite heroes and villains collide in what’s sure to be some pretty epic battles in locations unknown. So I say let it happen and look forward to it, because this battle royal is just getting warmed up.

I’m not going to lie everybody, I am stoked for Avengers Vs. X-Men. I’ve read big comic book events before, but most of my experience has come from popping in on things like Identity Crisis, Secret Invasion, and Civil War. During those arcs I wasn’t a constant reader of comic books, so I always felt as if I was missing the larger context that these mega stories had on their respective universes. AVX# 0 marks my first full on foray into the world of the Marvel event storytelling and I have to say, I was impressed.

I largely agree with what my compatriot Steve Seigh said above, as AVX #0 is really a cold open to the more major events to come. But, what the book lacks in massive action, it makes up for with some nice character blushes. As someone who is not currently reading The Avengers or X-Men titles, I found it a major help to be introduced to both Scarlet Witch and Hope Summers before we kick things off with the rest of the combatants in the coming weeks.

The first story, written by Brian Michael Bendis, does an admirable job of giving us a general impression of the pain the Witch has endured in the last few years. Its success is most evident in that it left me feeling sympathetic towards a character I barely even know. This first part of AVX #0 acquits itself well while in the opening action scene and in its emotional conclusion, but it stumbles in its attempts to relay the pertinent backstory of The Scarlet Witch. The information is conveyed through an info dump spouted by M.O.D.O.K. and feels stilted compared to Bendis’ otherwise silky smooth wordplay.

The second story, written by Jason Aaron and dealing exclusively with Hope Summers, left a considerably better impression on me. Aaron does a stellar job of communicating who Hope is and what she can do, without it ever feeling like the characters are talking to the audience. The highlight of the story is that Aaron has made Hope, not a victim of the oncoming Phoenix force, but an active agent in her own fate. I’m tangibly excited to see such a strong, smart character as the centerpiece of this event.

VERDICT
Buy It – If you are looking forward to this event, but maybe have not been following these two stories very closely it is a good primer and for those who have been keeping up all these years, the writing is strong enough to justify a purchase. I would also be remiss If I didn’t mention the art of Frank Cho which brings a big budget sheen to all the proceedings.