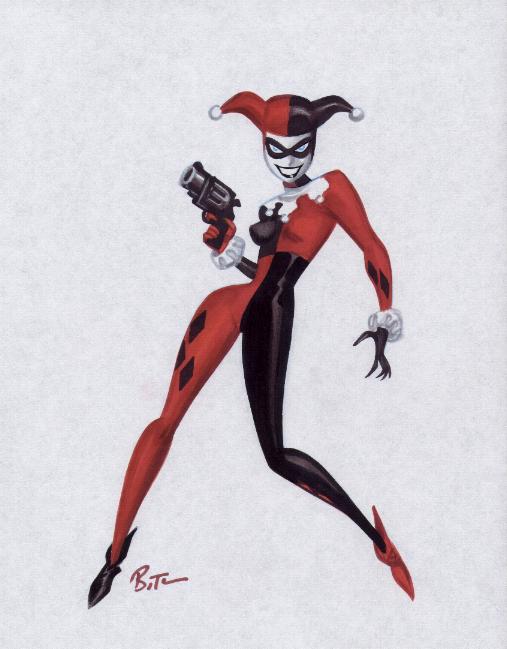 Up until this point in our getting settled here at Talking Comics, I’ve only had so much time to dedicate towards reading all the books I own. And as such, I have finally decided to sit down and catch up on The DC New 52’s Suicide Squad. Task Force X is a government project in which supervillains are made to work off their sentences doing the “nastier” jobs of good old Governement Man. That’s not actually the name of the organization. It’s just a little nick name my friends and I have for the crusty old white puppeteers of our nation. Anyway! Moving on …

Harley Quinn is my favorite of all the women inside the Batman universe. She’s hot, impulsive, whimsical, funny, endearing, and quite frankly, batshit crazy. So when I found out that she’d be joining up with the Suicide Squad I was all but bursting with the opportunity to see my girl front and center for a run inside the DC New 52. What I’d come to find was that not only does Harley look radically different from the saucy blonde I’d been used to all these years, but that her personality had also been altered by writer Adam Glass. Now, I understand that with the New 52 comes a new approach to characters that have been around for a very long time, but was this really the best move for Harley? 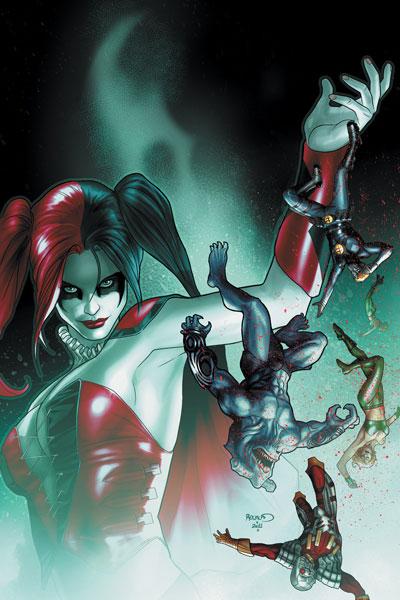 I’ve found that because of Harley’s new look I just could not bring myself to attach Arleen Sorkin‘s voice (Batman: The Animated Series) to the character (as I had been doing for years). The first thing I’d noticed about the new Harley is that she barely smiles. Suicide Squad in general is certainly one of the more mature books of The New 52. It’s gritty, violent, and fast paced, but that’s no excuse not to have Harley sporting that devilish trademark grin. For me, it wasn’t until issue #6 that I’d felt myself finally growing into her new demeanor. It seems that it wasn’t until she’d learned of The Joker’s possible death that she started to become more like the clown princess we’d come to know her as. In fact, the arc started in issue #6 The Hunt for Harley Quinn  is some of the best Harley related material I’ve read in quite some time. Finally, we see the pale skinned vixen on a murderous rampage, fueled by her love for Mr. J, and a desire to make her prince whole once again. 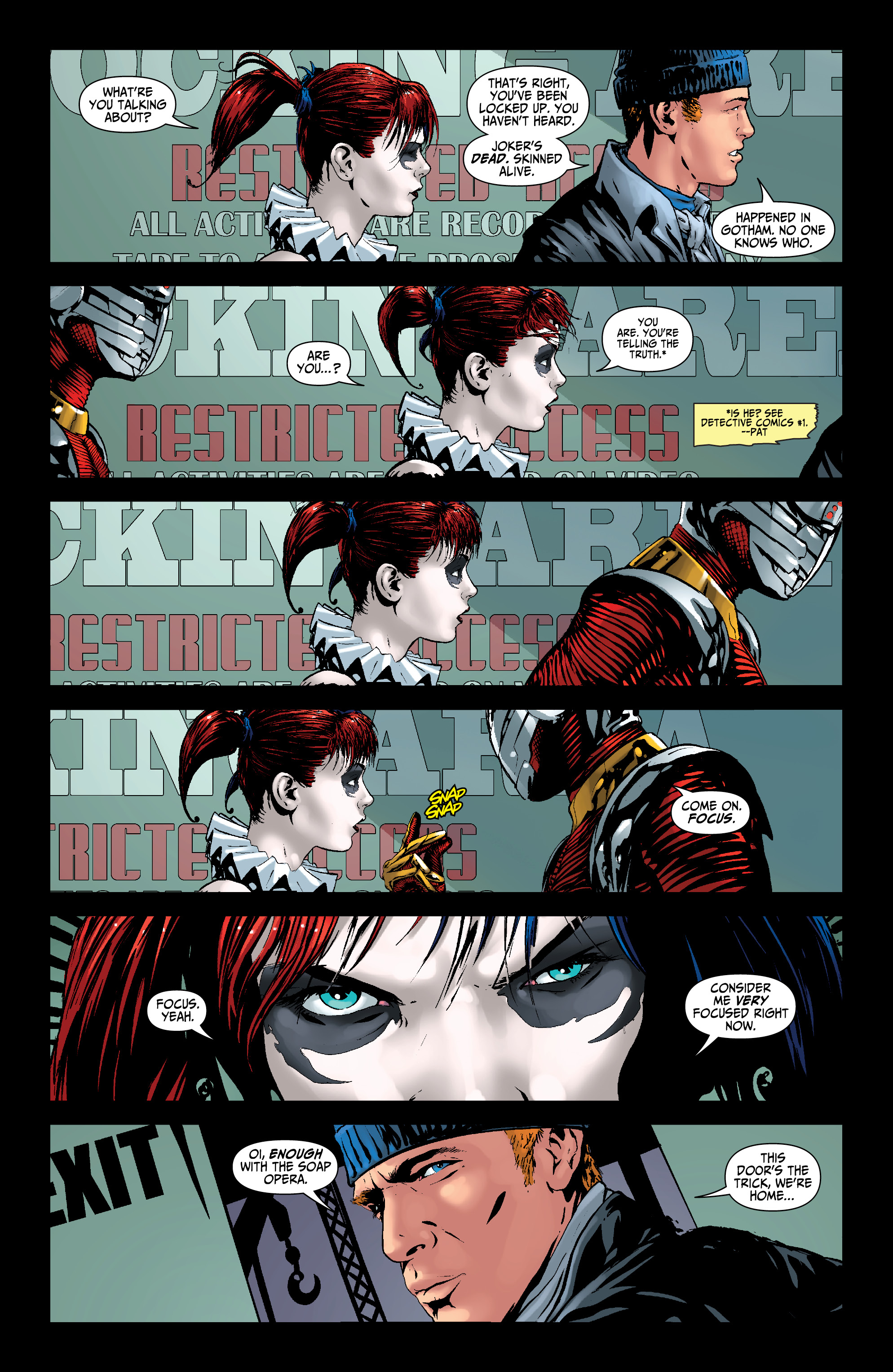 So I guess the moral of the story is that patience is a most valuable virtue in the world of new comic franchises. Granted, it’s a little depressing that your patience will cost you $2.99 + tax each month until you get to the heart of why you’re reading the book in the first place, but it’s the price we pay for characters we love. The bubbly blonde Harley might be long gone, and a darker version of the razor sharp clown princess stands in her place, but does love not conquer all? It seems like all we really needed to do with Harley was mention the words “The Joker” and “dead” in the same sentence to send our girl hurtling back to who she truly is.

Oh yeah, and so long as we never get rid of the pigtails I think we’ll be okay. Ha chi cha chi cha cha cha!