In a move that puts them right in line with what the home video market has been doing for years, Marvel announced today that, starting in June, they will include free digital copies with all our their super-hero books priced at $3.99.

I think this is an incredibly forward thinking approach by Marvel, not just because it allows them to please both readers and comic book shop owners in equal measure, but because it shows willingness to head into a future where delivery method is not the king of consumption. With everything all ready existing on a virtual space it only makes sense to let us access it if we have the physical version. It also sends a whole lot of good will towards Marvel in a time when they are in a desperate war for public mind share with DC Comics.

I’ve attached the press release below and two covers you will see in stores to promote the new initiative. 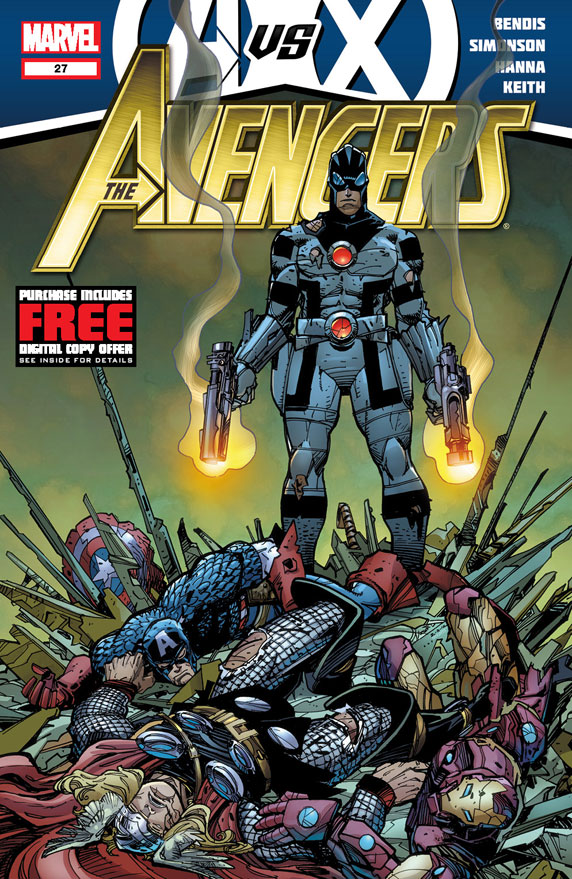 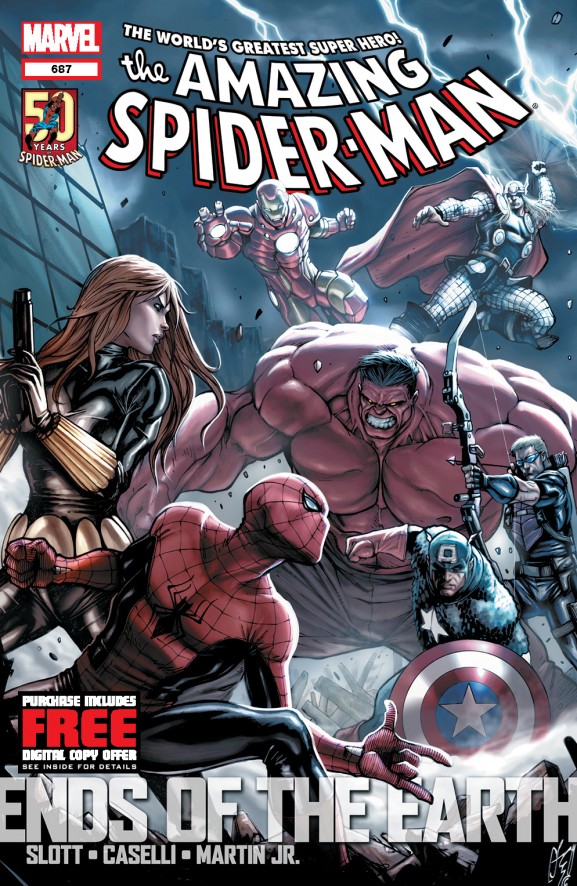 New York, NY—March 9, 2012— Marvel is proud to announce that, beginning June 2012, all Marvel super hero comics priced at $3.99 will include codes for free digital copies of those same issues on the Marvel Comics app for iOS and Android devices at no extra cost! That’s right, the most-talked-about comics in the industry—including Avengers, Captain America, Invincible Iron Man, Mighty Thor, Amazing Spider-Man. Wolverine & The X-Men and more—will come packed with a code to ensure fans have the most critically acclaimed stories with them anytime, anywhere.

“We’re committed to bringing fans the best value in comics. By including codes for free digital copies in all our $3.99 super hero comics, we’re doing just that” said David Gabriel, SVP of Sales, Marvel Entertainment.   “We’ve seen a tremendous response to the digital codes in Avenging Spider-Man, our Season One graphic novels and the Ultimate Comics line. The positive reactions from both retailers and fans make it clear that including these codes with our books drives customers into comic stores on a repeated basis.”

Marvel made comic book history in 2011 by announcing  all titles in the Ultimate Comics line would include codes for free digital copies on the Marvel Comics app, with unrivaled incentives for comic shop retailers. Then, in 2012, Marvel announced the acclaimed Season One graphic novels would also include similar codes making them the first graphic novels to ever include codes for free digital copies at no extra cost.

“At Marvel, we’re always looking for ways to bring the worlds of print and digital media together to deliver the best comics experience for our fans,” said Peter Phillips, SVP & GM, Marvel Digital Media. “With this next step, fans will soon be able to buy their comics from their favorite retailers but also enjoy them on their mobile devices and tablets, all at no extra charge. Welcome to the Revolution.”