A month or so ago Marvel released the above image that seemed to combine both the original and new Ultimate Comics Spider-Man logos. This set the internet ablaze with theories of the resurrection of Ultimate Peter Parker, but today Marvel seemed to stoke the fires for an even more interesting possibility.

The press release from the House of Ideas was short, but it says a lot:

“This June – history will be made for the Marvel Universe”

Could this history be a crossover between both the Ultimate and main line Marvel Universes? The Spider-Man on the bottom of the image certainly brings to mind the thinner and more gangly physique that has been the calling card of the Ultimate version of the character. The June date also seems to coincide with fallout from whatever Dan Slott is going to be doing in his Amazing Spider-Man,”Ends of the Earth” event.

The only thing we concretely know right now is the creative team and, surprise, it’s the team that brought us Ultimate Comics Spider-Man, writer Brian Michael Bendis and artist Sara Pichelli.

I personally am excited as I feel that Bendis is at his best when he is writing the Wall-Crawler and has more than proven, with Ultimate Comics Spider-Man, that he can introduce new Spider-heroes with ease.  I’m also quite excited that Sara Pichelli will be joining him in this endeavor because I loved her art on the first five issues of the Miles Morales starring Spider-Man book. This new project answers the questions of why Pichelli left Ultimate Comics Spider-Man and why Bendis will soon by departing The Avengers books.

The new series premiers in June and we want to know; what do you think of the idea of Spider-Men and of its creative team? Sound off on Twitter or in the comments below. 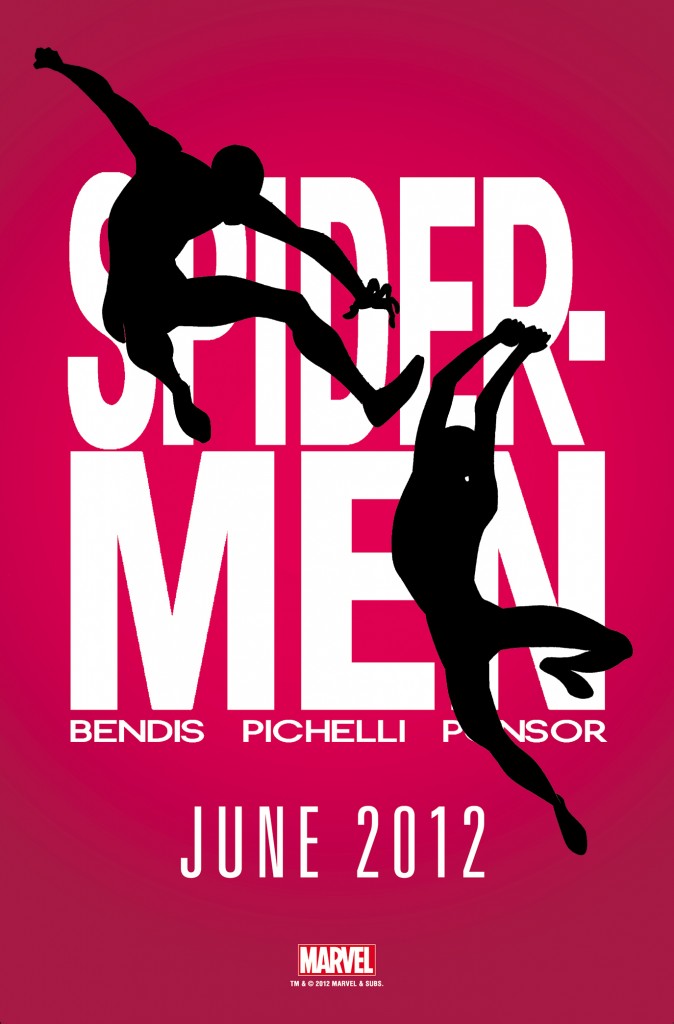