FacebookTwitterPinterest
As most of you are, I’m looking forward to “AvX”, but I’m pretty certain that it’s for a different reason: for me, it presages the end of Brian Michael Bendis’ run on “The Avengers” and it’s ancillary titles, which as a group have come to define the rather dark tone of the Marvel Universe. 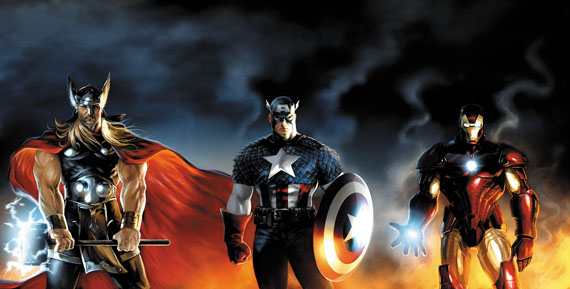 As most of you are, I’m looking forward to “AvX”, but I’m pretty certain that it’s for a different reason: for me, it presages the end of Brian Michael Bendis’ run on “The Avengers” and it’s ancillary titles, which as a group have come to define the rather dark tone of the Marvel Universe.

The latest Avengers offerings, Avengers #22 & New Avengers #23, are to me, the epitome of what has run off-the-rails here. Both books are chock-a-block with the usual posturing and pontificating, with no real forward movement of plot-line or character arcs.

Avengers #23 is particularly egregious on these fronts. In the midst of yet another attack on the team and it’s credibility (a seemingly weekly occurrence of the last few years), there are pages of talking heads, interspersed with story-stopping pin-ups, all with nothing happening; and not an interesting slice-of-life nothing, or some character illuminating idleness, just page after page of umpteen super-heroes speaking in virtually the same snarky voice. Somehow, I don’t picture Stan Lee’s Iron Man saying “Oopsy poopsy” to a villain holding him captive.

New Avengers #22 is hardly better. Avengers Mansion is once again under siege, this time from a resurgent Norman Osborn (from whom it’s enough already!). After an unsuccessful attempt at entering their home, they regroup and visit government liaison Victoria Hand (whom they suspect is a mole for Osborn), and in an effort to glean information, they…toss her out a window?!? It turns out to be an illusion cast by Doctor Strange, but sadly, it doesn’t seem so out of character for our heroes anymore. This is “The Heroic Age” we were promised after the dark days of “Avengers Dis-assembled”, “Civil Wars” & “Secret Invasion”? Count me as under-whelmed.

I know I’m coming off as a bit of a curmudgeon here, but as a reader of this book since issue #2 in 1963, I want these iconic super-heroes to be  well-served by their creative teams. The original Marvel concept, by Stan and his collaborators, that super-humans could have human flaws, and that inter-woven story lines could contribute to a shared universe, changed the way comics were viewed, bringing in a more adult audience. Continuing change, with growth and added emotional depth, is necessary–and welcomed– but characters need to stay “on model”. The Captain America in The Avengers is not, to my eyes and ears, Ed Brubaker’s , the current Cap scribe, who’s doing such great work on that title. 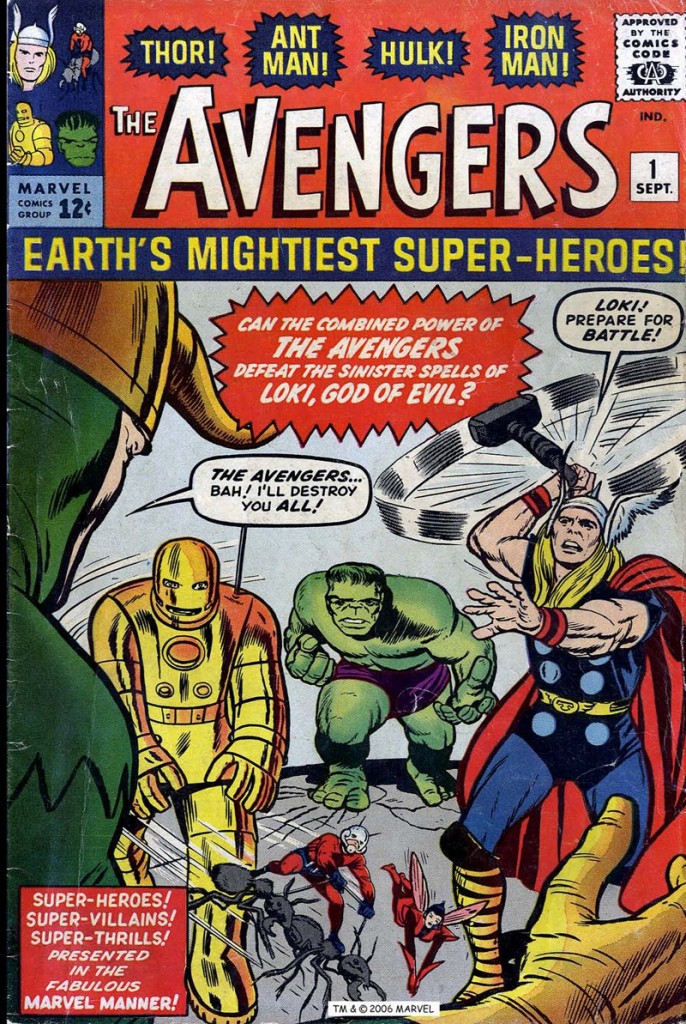 Luke Cage fares little better under Mr. Bendis’ care, a problem that dates to 2001’s Alias series, where-in comic’s first headlining African-American hero is reduced to the boy-toy of Jessica Jones. Over in The Thunderbolts by Jeff Parker, Luke Cage has been appointed head of the super-villain re-hab program at the maximum security “Vault”, while in New Avengers, he spends most issues in high dudgeon, exhibiting very little of the intelligence or gumption that made him a stand-out in the first place.

Mr. Bendis is a very popular, award-winning writer, so I’m certainly in the minority here, but his predilection for BIG EVENTS, without the addition of true character development, leaves even the largest story-line devoid of the grandeur that was once the hallmark of the Marvel Universe.

There are many writers doing great work at “The House of Ideas”: Peter David, Dan Slott and Jonathan Hickman (who’s sadly leaving FF in the fall), as well as the aforementioned Messers Brubaker & Parker, so here’s hoping one of them gets the assignment of restoring The Avengers to the heights established by some of it’s former custodians, such as Roy Thomas, John Byrne or George Perez.