With Avengers vs. X-Men on the way our resident comic book historian, Bob Reyer, wants to give you a quick lesson on early marvel contretemps so without further ado Talking Comic presents:

With “AvX” on the horizon, let’s take a nostalgic glance backwards at some combative moments in earlier Marvel history.

At Timely Comics, Marvel’s Golden age predecessor, as early as 1940 the Sub-Mariner and the original Human Torch squared off in a multi-part epic that spanned issues #8-10 of Marvel Mystery Comics. This was followed by a 60-page follow-up in Human Torch #5 (Fall 1941) that featured the inundation of New York City by a Namor-driven tidal wave! As an aside, these battles were replicated, and quite splendidly, for Marvels #1 by Alex Ross. 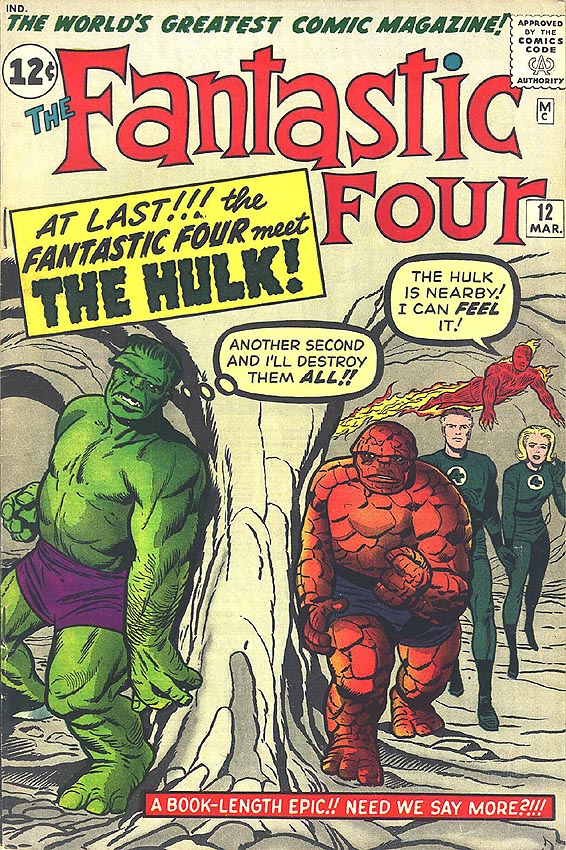 The first major cross-over though, was Fantastic Four #12 (3/63), “The Incredible Hulk”, which had a great, albeit brief battle sequence that would serve to whet the appetite for the next year’s main course, Fantastic Four #25 & #26, “The Hulk vs. the Thing” & “The Avengers Take Over”. With Reed disabled (and Sue caring for him) due to experimental viruses he was using in another attempt to cure the Thing, and the Torch injured during the Hulk’s initial assault, it’s up to Ben Grimm to stop a rampaging Hulk who’s seeking to destroy the Avengers. The Thing holds on long enough for his team-mates to recover, and for the Avengers to marshal their forces after the events of Avengers #3 & #4, setting up the first meeting of Marvel’s premier super-teams, which true-to-form, doesn’t go as well as would be expected.

With Jack Kirby’s dynamic pencils, and Stan Lee’s signature pathos and dialogue, this two-parter remains the high-water mark for tales of this type!