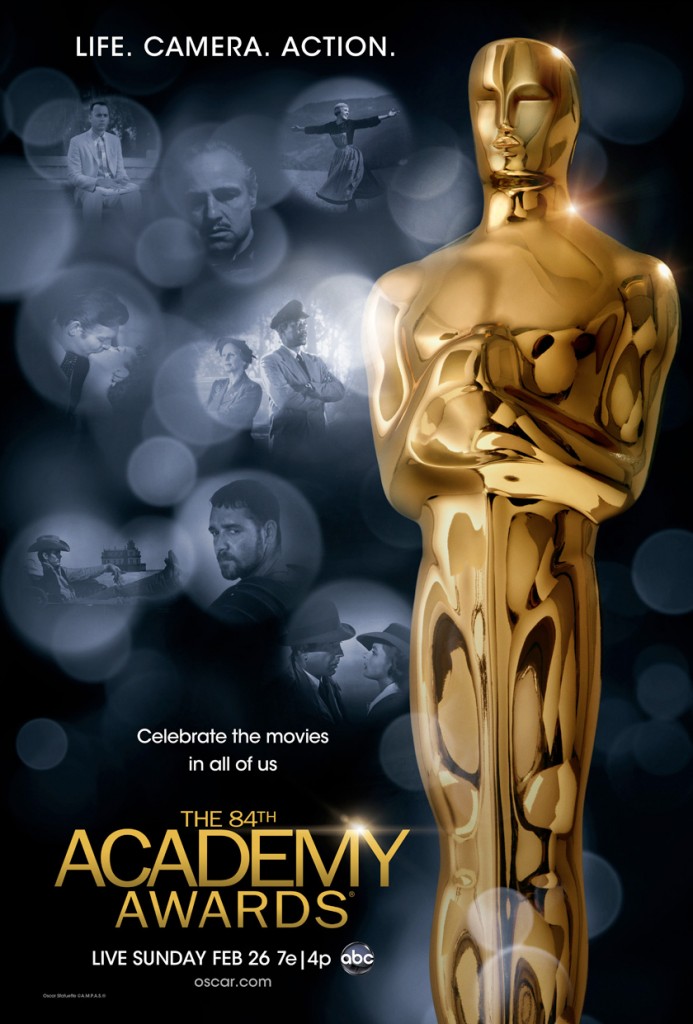 Sometimes you need to put down the comic books and waist your free time on other endeavors. That’s where Off Topic comes into play. Join  Talking Comics Editor in Chief Bobby Shortle as he explores his love for movies, video games, television and books. This week we go Off Topic with How To Predict the Academy Awards….

It is said that Sunday February 26, 2012 is Hollywood’s biggest night. It’s an evening of glamor, self congratulation, unwanted political statements, bizarre interpretive dance numbers, bad jokes, and, most importantly, everyone pretending that prestige and not money is what makes the industry go round. And guess what? I love it!

To understand why, you probably need a bit of backstory…

I may write about comic books here but movies have long been a passion of mine. At my undergraduate university I studied screenwriting, minored in acting, and afterwards I went to film school. I have followed my passions wherever they have taken me and I have the credit rating and financial stability to prove it.  Being such a film nerd, like any kind of nerd, leads you to watch and analyze things in ways that are different than your non-nerd friends. This often time leads to discussions where you hold back some of your more obscure knowledge because it just leads to blank stares and awkward pauses.

But not on Oscar night…oh no! The Academy Awards do for us movie geeks what Halloween has done for the ghouls, ghosts and trampy girls; it lets us have one night to roam the world freely without reproach. I treat this most holy of evenings by organizing a big party complete with themed drinks, movie trivia, readings of scenes from the nominated motion pictures, and a cash prizes Oscar Pool. This tends to get everyone involved in the most random of categories – hello “Documentary- Short Subject” – and it also gets everyone a little drunk, so win win!

Now, you may be saying to yourself, “But Bobby I’m going to an Oscar party this year and I’m not a film nerd like you, so how can I possibly compete in my Oscar pool?” Well I’m glad you asked that question random disembodied voice, because I’m about to tell you! Below I have drawn up just a few tactics on how to give yourself the best chance to do well against your fellow party goers. Remember this is a how to guide on how to pick the best winners and not my picks. I will post my predictions right before the show starts because my friends are a competitive bunch, and I don’t want them coming on here and scamming my insights before they lock in their choices!

I told you I take this seriously and here is how you can too:

You know all those weird awards that get handed out in the months preceding the Oscars? They may seem small and redundant from the outside, but guess what? They are probably the best barometer you can possibly have to guessing who will take the statue home this Sunday. Here is a quick rundown of what they are:

DGA – Directors Guild of America This is a nearly air tight way to predict who will win the Oscar. Only six times since the award’s inception in 1948 has the winner not gone on to take home the Best Director award. Look up who won it this year and vote accordingly!

WGA – Writers Guild of America:  While not as air tight as other guild awards this is still the best guide you have to who may win. The real thing going against it is that sometimes the Academy will give this award to the “big winner” of the night to run up the score on the amount of statues they get. If that happens all bets are off, but to be safe check out the winners.

PGA – Producers Guild of America: Again this isn’t always a lock but since the Producer’s Guild has gone to a similar “preferential” voting system as the Oscars it has matched up. In fact it has been the award that, in the last few years, has picked the winner in seemingly wide open races. This is also usually the best way to choose the winner of Best Animated Film,  but since The Adventures of Tin Tin isn’t nominated you can throw that out the window. Winners

SAG – Screen Actors Guild – I saved this for last because it’s the single biggest wild card in any Oscar race. Actors make up the largest voting body in the Academy and can often wildly change the outcome of even the Best Picture race. They are the reason Shakespeare in Love won when it did and I have to imagine they are the biggest thing scaring the producers of The Artist right now. When it comes to choosing the performing awards they are nearly always spot on. A few years ago when Mickey Rourke seemed to be the sure lock for Best Actor along came SAG and awarded it to Sean Penn for Milk. Sure enough Penn went on to win the Oscar that year which lost me my pool. Which is why I say…look to the guilds! Winners

Side Note: For help with the technical awards you can look up their guilds as well but when in doubt just go with the film most likely to win the most Oscars. It’s not a perfect system but it has always done right by me.

Side, Side Note: Sound Editing and Sound Mixing are almost always the same winner….

Side , Side, Side Note: The Golden Globes don’t mean anything….anything! Forget about them right now!

Earlier this month the Los Angeles Times got a rare look into the makeup of the 5,765 members of the Academy of Motion Picture Arts and Sciences. In one of the less shocking revelations in recent history it was reveled that 94 percent are Caucasian and 77 percent are male, that only 14 percent of the Academy is younger than 50, and a mere 2 percent are African-American, while 2 percent are Latino. Oh yeah and the median age of a voting member is 62. Which means the people voting are a bunch of old white people. I know quite a few elderly caucasian people and they tend to be nothing if not nostalgic.  The Academy is no different. They have shown year after year that they will almost aways reward films, people, or ideas that remind them of the “way things used to be.” This is the body that rewarded Shakespeare in Love’s traditionalist romance over Steven Spielberg’s brilliant war film and the sentimentality of Crash over Ang Lee’s poignant and relevant Brokeback Mountain.

The few outliers in this philosophy are the “edgy categories” which include both the Supporting Actor and Screenplay categories. The Academy will use these to “legitimize” young performers or creators with nominations before moving them up to the big time or give an older performer his/her swan song award. This year our token “hip” nominees are Jonah Hill and Melissa McCarthy. Neither of these two people has a chance of winning so don’t vote for them! This is simply the Oscar’s way of saying “hey we get it.”

Also before you start thinking about voting for The Help for Best Picture take a look at the fact that it’s not nominated for Director, Screenplay, Cinematography or any other major technical award. Then look at the history of Best Picture winners and tell me how many of them have done so without any nominations in the categories I mentioned? My bet is you find none. You can use this tactic with just about any film in the running.

Which leads me right into the last and possibly most important tenant:

Vote With Your Head….Not Your Heart

None of the other things I have said before will matter one lick if you don’t vote with your head and not with your heart.  I don’t care if you loved The Help, or Extremly Loud and Incredibly Close, or you just adore that Meryl Streep (who despite being nominated 17 times has only won 3) because it’s not going to get you anywhere! A few years ago I voted with my heart and picked Inglourious Basterds to win Best Picture because it was my favorite film and I got murdered in the standings for it. That’s why I find the “I haven’t seen any of these movies.” complaint I hear from my friends and family about entering my Oscar pool to be so wrong headed. It doesn’t put you at a disadvantage in fact it allows you to just vote on raw data which is the only way to go.

Consult this year’s guild winners, remember your history, vote with your head, and with a little bit of luck you’ll be walking home with all of your friends’ money.

Good luck and leave your comments below or hit me up on Twitter @bobbyshortle. 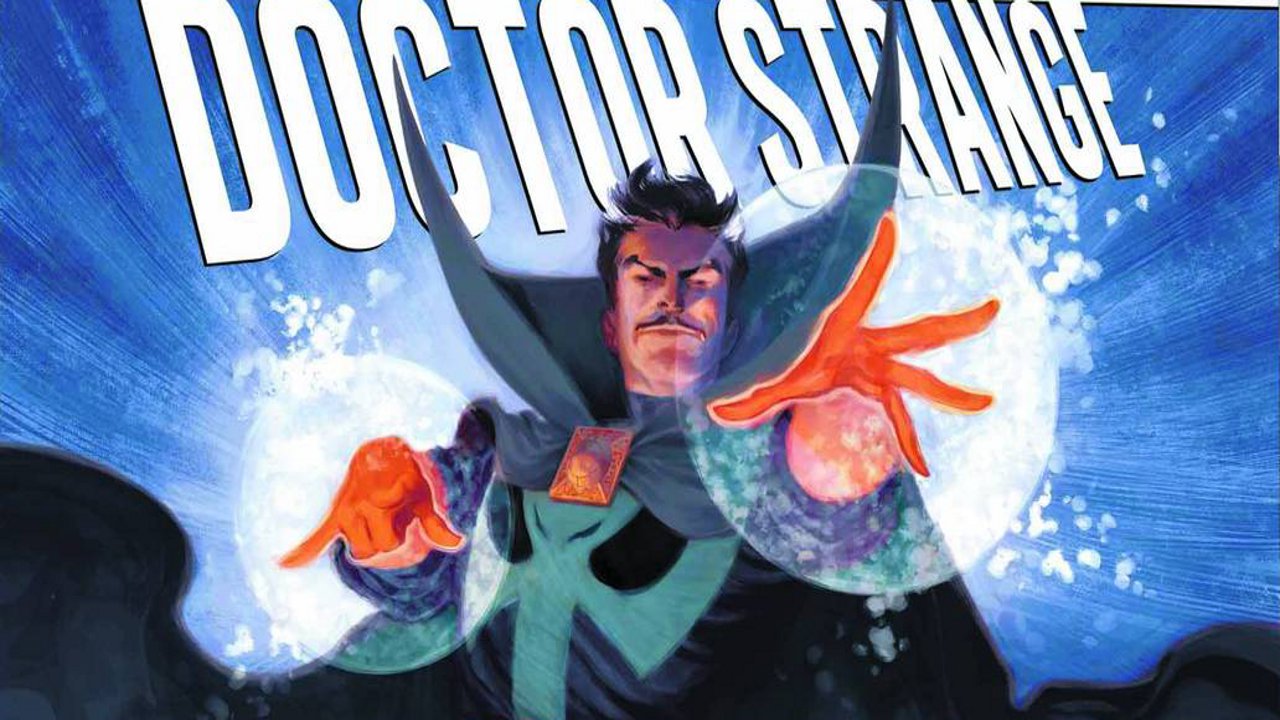