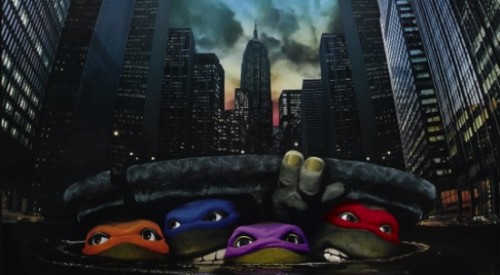 On this week’s podcast, the gang dropped controversial topics *cough Before Watchmen cough* and instead moved onto greener, fluffier pastures involving everyone speaking words.
Hint: Our special word of the week is “Words”!

Instead of having one particular topic this week, we instead discuss some of the news from this week including the casting of Katie Cassidy in CW’s pilot for Arrow and a new live-action Teenage Mutant Ninja Turtles movie. We also discuss the impending Transf4mers movie (see what I did there?), which is being rebooted WITH Michael Bay? Huh? And in the comics world, Steve goes Off The Beaten Path with Adventure Time #1 and for Book of the Week, Scarlet Spider #2, Wonderstruck, The Luna Brothers’ Girls and Avengers are discussed.

Going to see Ghost Rider: Spirit of Vengeance this weekend? Never forget that Nic Cage once dressed up as a bear and punched a woman… In The Wicker Man…