A while back, it was announced that DC Comics would be launching a new ongoing monthly series called Superman Family Adventures. The series would be something that readers of all ages could enjoy and DC brought on Art Baltazar and Franco to bring this series into existence. For those of you who aren’t familiar with Baltazar and Franco, they’re the Eisner Award-winning artists behind Tiny Titans.

DC Comics have given us a sneak peak at the cover for the series, but both Baltazar and Franco also decided to give some insight on the series, so read their thoughts and then check out the art after.

“Superman is here! And he’s bringing his family!!! AW YEAH!” said Baltazar. “Working on SUPERMAN FAMILY ADVENTURES is truly a highlight to my career. Everything you know about the Superman mythos is here in this comic. You will see Bizarro, Parasite, Brainiac, Metallo and yes, even Lex Luthor! Writing and drawing bad guys is really cool! We had bad guys in TINY TITANS, but this time, they fight the heroes! ACTION! ADVENTURE! HUMOR! BIG GORILLAS! GIANT ROBOTS! LOIS! JIMMY! PERRY! and…SUPER PETS!!!! Whaaaa? Yep, that’s a true story right there! SUPERMAN FAMILY ADVENTURES is gonna rock! Aw yeah Krypton!”

“SUPERMAN!!! Are you kidding me? SUPERMAN!!!” continued Franco. “Ask any comic creator and this will be the number one guy they want to work on!! I’m definitely excited to be able to work with my good friend Art Baltazar on the all-new SUPERMAN FAMILY ADVENTURES. The book is going to be filled with amazing adventures, stories and humor featuring the entire cast of the Superman family – Lois, Jimmy, Supergirl, Superboy and even a few surprises you haven’t seen in a while like Fuzzy The Krypto Mouse. You should come along because this is going to be a fun ride!” 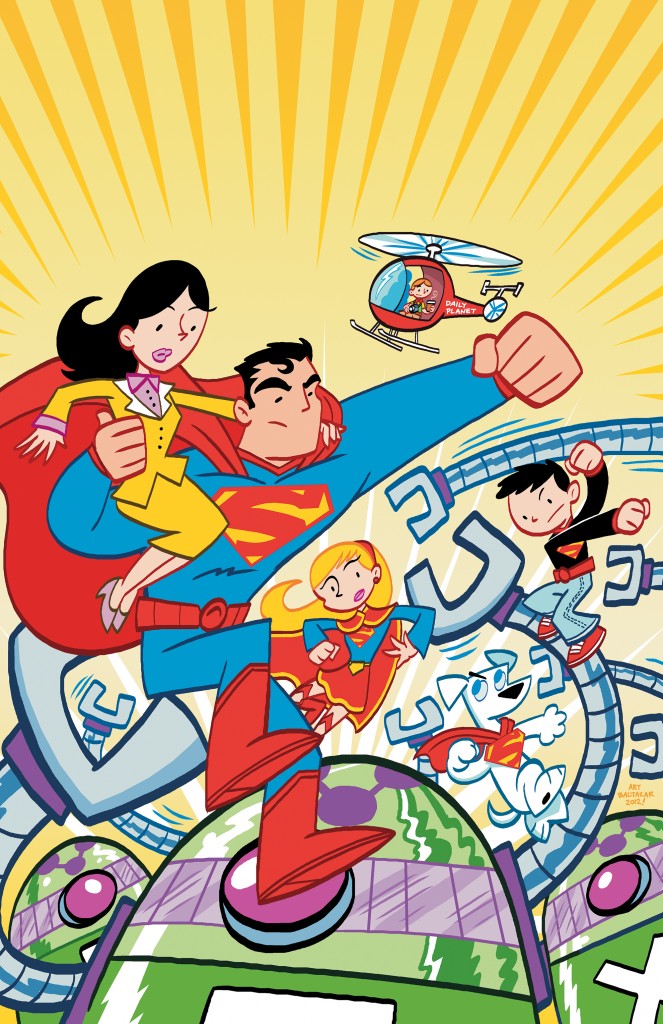