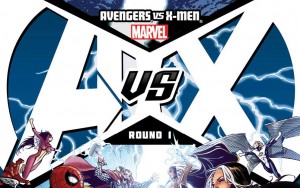 April 3 marks the release of one of the most anticipated titles of the year from Marvel.  Of course, if you don’t know what I speak of, I’ll get right to the point… that title is Avengers Vs. X-Men and the title alone isn’t enough to draw you in… let me list some of the talent involved with it: Brian Michael Bendis, Jason Aaron, Matt Fraction, Jonathan Hickman, Ed Brubaker, John Romita Jr., Adam Kubert and Olivier Copiel.  Curious yet?

Well thankfully you are a faithful follower of Talking Comics and as such… we’ve got a special sneak peak at Avengers Vs. X-Men #1.  So let me give you the synopsis for the story straight from Marvel’s press release as well as some more info about AvX #1 and we’ll get right to it.

“A groundbreaking event pitting Earth’s Mightiest against the X-Men with the entire Marvel Universe at stake. Cyclops and his team believe the arrival of the Phoenix Force will save mutantkind, but Captain America is convinced it will destroy the world! But who is right?” 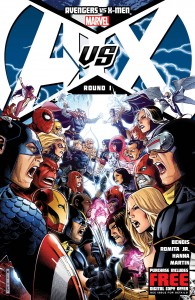 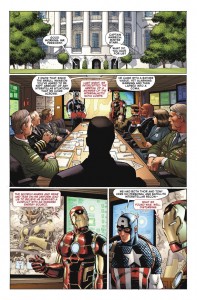 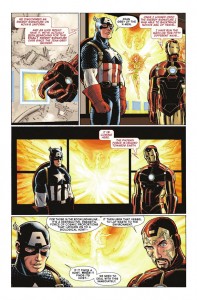 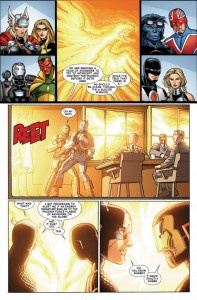 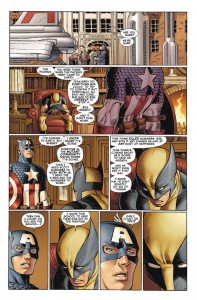 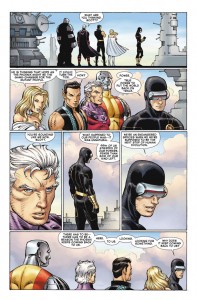 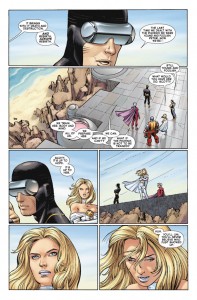 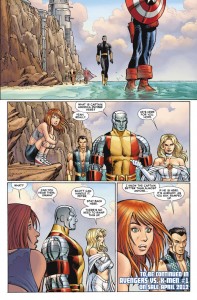 Additionally, we’ve also been given a sneak peak at the covers for AvX, so take a look at those as well (again… click on any image to enlarge).

SECRET AVENGERS #27
Written by RICK REMENDER
Pencils by RENATO GUEDES
Cover by ALAN DAVIS
ON SALE THIS MAY!

WOLVERINE & THE X-MEN #10
Written by JASON AARON
Pencils & Cover by CHRIS BACHALO
ON SALE THIS MAY! 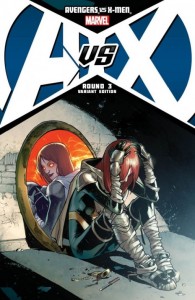 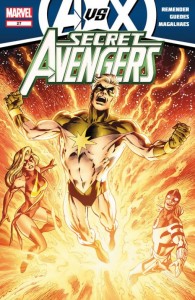 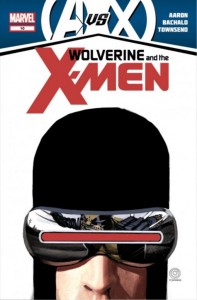