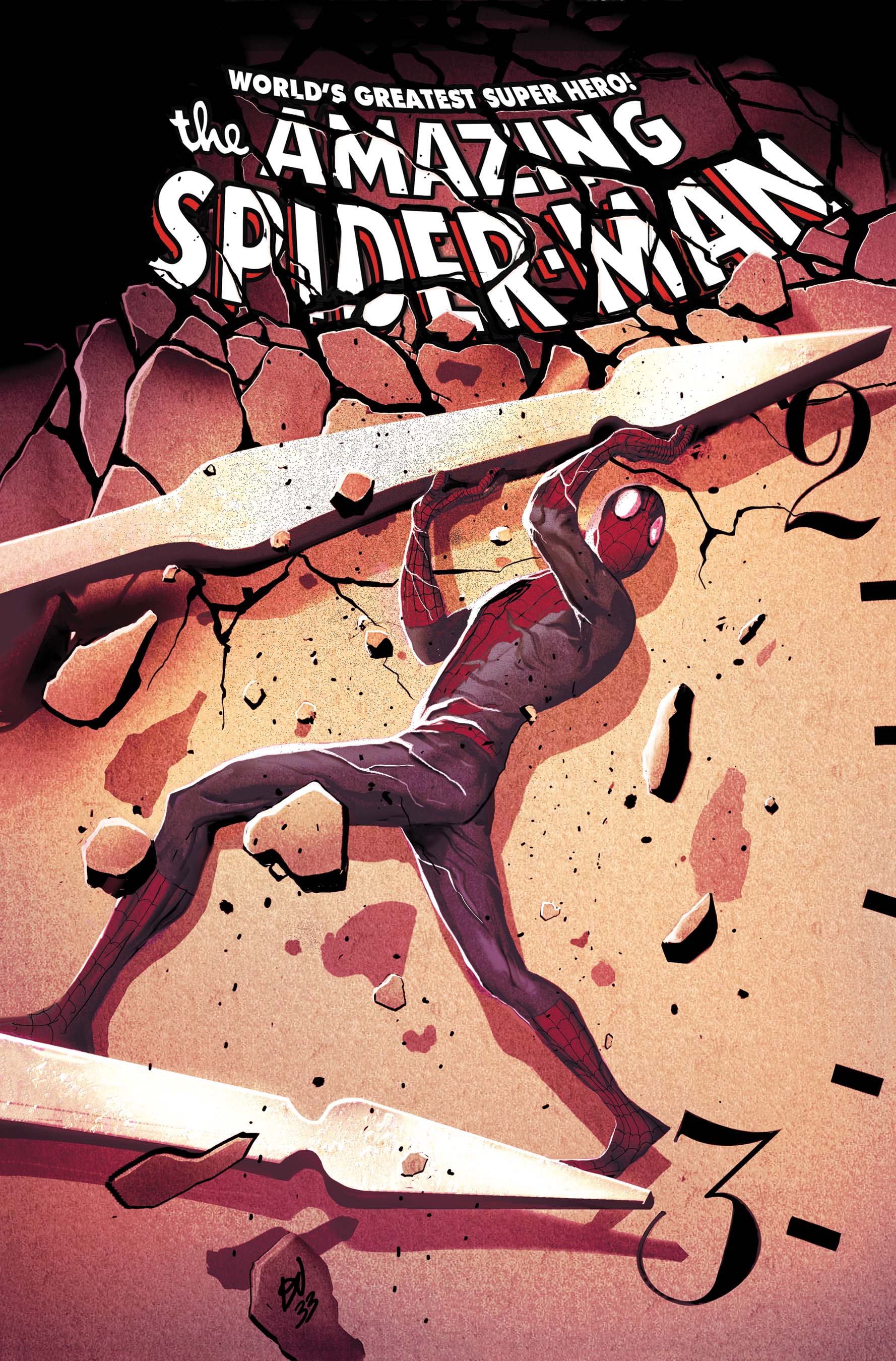 Title: I Killed Tomorrow Part 2 of 2: A Date With Predestiny

The clock is ticking and Spider-Man is nearly out of ideas of how he can go about saving all of New York City from a predestined apocalyptic disaster. Working along side Grady, Peter Parker’s trusted friend and Science Fiction pop culture enthusiast (love the Doctor Who references and, later, his Tom Baker like outfit), Grady, is standing by to help Spider-Man solve the mystery and hopefully save the day. With time running out the two of them must work together to undo the disastrous future foretold by a time traveling doorway built by Grady as part of a science experiment. Can the two of them work together to save New York City? Or … will they be too late?

The Amazing Spider-Man numbers 678 and 679 are, for all intensive purposes, a wonderful jumping on point for anyone looking to swing along the New York City skies with your friendly neighborhood wall crawler. The approach to this quick two-part arc will make new readers feel right at home mainly because it deals primarily with Spider-Man and him alone. There aren’t any relationships with villains that require a rushed explanation as to how we arrived at a particular scenario, no, the characters contained within these pages are simple, charismatic, and inviting. You get plenty of Spider-Man wit and humor to keep you laughing as you read along which really helps new readers ease themselves into the character. Even if you’re a long time Spidey reader, there’s plenty here to keep you entertained as this is the type of Spider-Man book we’ve all come to love. It’s comedy, action, and dire circumstances all rolled into one. Fantastic.

Though, I will say that I personally found the conclusion of this story a little anti-climactic. Sometimes the simplest solution to your troubles is right in front you, and I get that, but for such an exhilarating adventure, I couldn’t help but feel like the ending was a little flat. I think that perhaps with so many amazing feats being performed throughout the pages of this two-issue arc that we could have had something a little more significant be the deciding factor of the fate of New York City. I understand the duality in the scenario, and perhaps that’s the point, but I couldn’t help but let out a slightly disappointed, “Oh.” when our story came to a close.

However, this is one of those rare times when an ending you were not expecting does not ruin the overall presentation of the story. I’m finding that I am still very satisfied with this being my first foray into this brand of Spider-Man comic (I’m currently reading: Ultimate Comics Spider-Man and Avenging Spider-Man as well). I highly recommend that fans of the series, and anyone looking to jump on board the  Spidey train give this arc a shot. With stellar writing by Dan Slott plenty of adventure, laughs, and sleek, beautiful artwork by Ramos and Olazaba you really can’t go wrong.