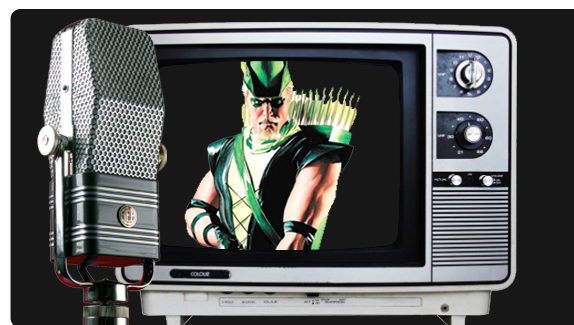 In the wake of the announcement that there is a Green Arrow pilot in the works, the Talking Comics crew have decided to pitch their own ideas for what DC characters should be made into TV shows. Who should be cast as Nightwing?  What creative team can bring Gotham City Sirens to life?  How will television audiences respond to Zatanna’s backward spells? Will the entire cast of NBC’s Chuck end up in Y The Last Man? These are all questions answered by our panel this week.

In addition to all this boob tube talk, Bobby, Stephanie, Steve and Bob chat about Justice League, The Runaways, Avengers 1959 and Batman the Dark Knight in the book of the week segment and we even learn that one of our members speaks a little french. So sit back, relax, grab your bat-a-rang and let’s talk some comics!