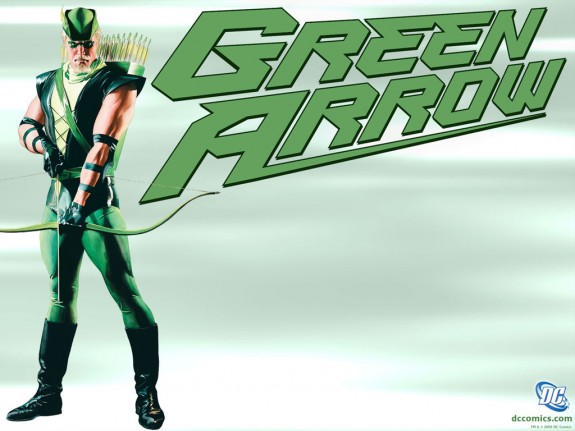 I don’t know about you, but I have a very love/hate relationship with the WB/CW television show “Smallville.” That program had its heart in the right place but it was often tripped up by its low production values, subpar performances and befuddling place in overall Superman continuity. I held out as long as I could, but I have to be honest — I bowed out around the time other DC heroes started showing their faces in Clark’s life.

Whatever my thoughts, the show remains one of the few true success stories for the CW, so it comes as no surprise that they are once again going back to the DC well. This time around it comes in the form of a pilot about the emerald archer himself, Green Arrow. The series will be called Arrow and is being written by Andrew Kreisberg (Fringe, Warehouse 13, The Vampire Diaries) and Marc Guggenheim (FlashForward, Green Lantern), based on a story by Greg Berlanti and Guggenheim. The pilot is being directed by David Nutter, who directed the Smallville pilot along with the pilots to Supernatural, Terminator: The Sarah Connor Chronicles and many other series.

The network was also quick to point out that the new series would have nothing to do with Smallville’s Green Arrow, played with aplomb by Justin Hartley, and would be set “in a new world with an original story that is not based on the comics.” I understand wanting to separate yourself from a previous series, but I can’t for the life of me understand why you would need to burn all connections to the character’s origins. Aren’t we past the point where being based a comic book is a bad thing? This seems like a wrong-headed move in a post “Marvel Universe” world.

I will remain cautiously optimistic, but the announcement leaves me with a lot of questions. Will the Green Arrow still be Oliver Queen in this “new world?” Will it be based in the DC Universe? What do you all think? Sound off in the comments section below.