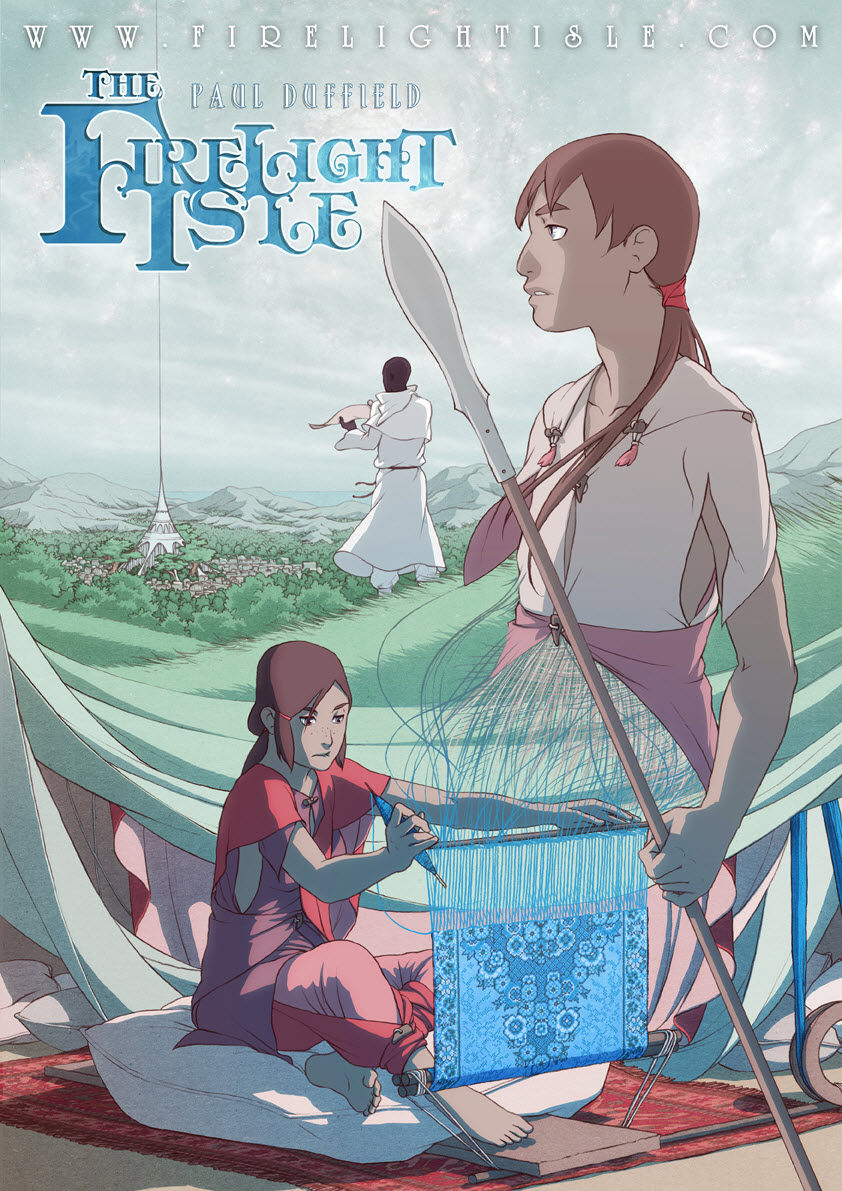 Near the beginning of our building the foundation for what was to become http://talkingcomicbooks.com/ Bobby and I had taken a trip into the city to visit Midtown Comics located in Manhattan. During our visit I happened upon Volume 1. of FreakAngels: Penned by Warren Ellis with art by Paul Duffield. My being a big fan of FreakAngels had certainly led to my excitement when I found this Press Release inside of my inbox. Immediately, the feel of this project stabs of Avatar: The Last Airbender, and as a very big fan of that series I am more than willing to embrace this brand new property. So without further or due, we present to you everything you need to know about the ambitious upcoming new project from the talented pens of Paul Duffield: The Fireflight Isle.

The story revolves around two young characters who have been friends since birth, a weaver named Anli and Sen, a spearman in training. The plot begins as they’re initiated into their professions and begin adult life. The world is a fantastical one that forms a backdrop on which to explore human culture in a fictional setting.

Paul is currently working on story, designs and research, and he now has gathered enough material to go live with the project!

Paul´s goal for The Firelight Isle is to produce a graphic novel without compromises, and put every ounce of quality that he can into the story, the art and the design. The finished product will be a 200-300 page full-colour book, with production values inspired by beautiful publications like Habibi and The Arrival, in which every detail of the book contributes to the atmosphere of the story.

Between now and publication, Paul Duffield plans to document the creation process online, and release each newly finished page for free on this website.

Right now Paul is funding The Firelight Isle himself, and he can currently afford to spend one day a week on it at most. At that pace it won’t be finished for many years, but he is dedicating himself to completing it at full quality, no matter how long it takes! 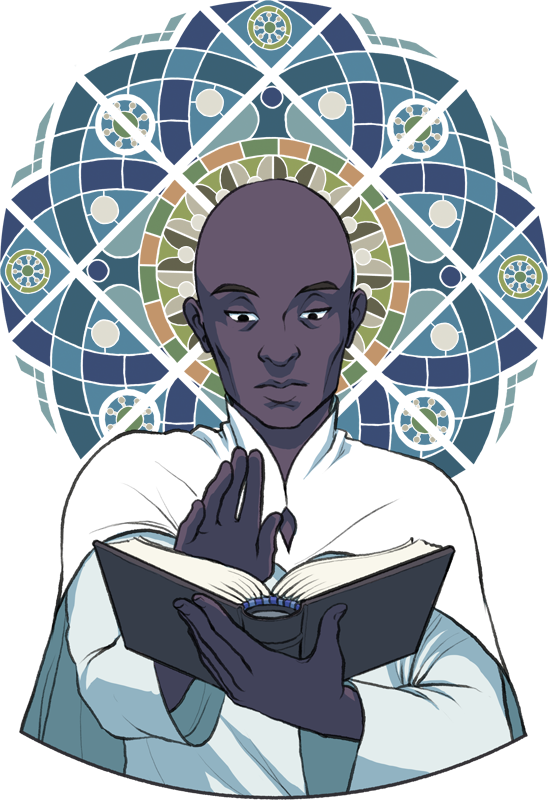 In order to speed up the process, Paul is hoping to attract funding from other sources, and has launched an IndieGoGo campaign in order to do so!

You can check out a visual promotional video here: http://www.youtube.com/watch?v=WrTXFORUXwk

More about the project can be found here: http://www.firelightisle.com/ 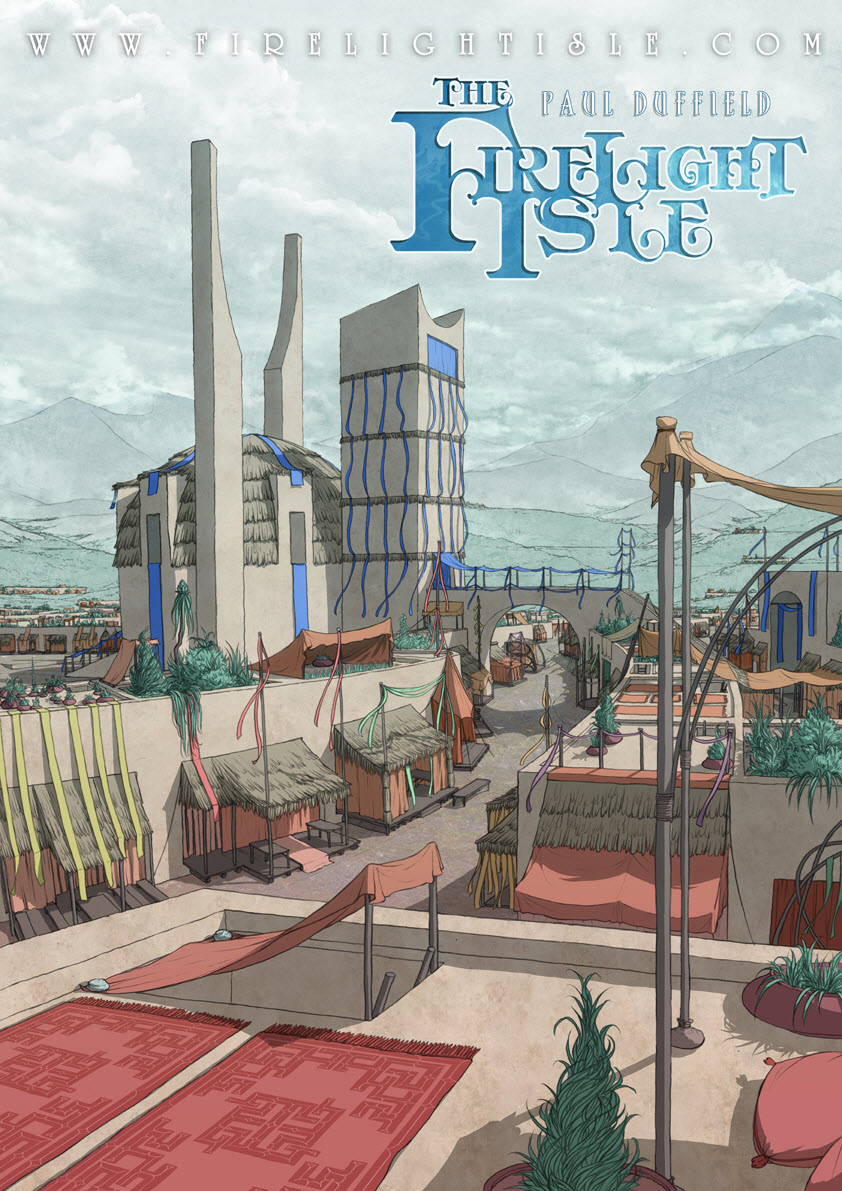 Paul Duffield was born in St Albans, grew up in Winchester and went to Western Primary, Westgate Secondary & Peter Symmonds College. Paul did Foundation Art at

Winchester Art College, then moved out to study Animation & Illustration at Kingston University. Moved again after Uni to live in Oxford, and now works as a self employed Illustrator and Comic Creator.

Paul has since been published a few times, including SelfMadeHero’s The Tempest & FreakAngels.
FreakAngels is a free weekly webcomic created by Eagle Award-winning writer Warren Ellis and artist Paul Duffield. In collected form, it is published in book format (6