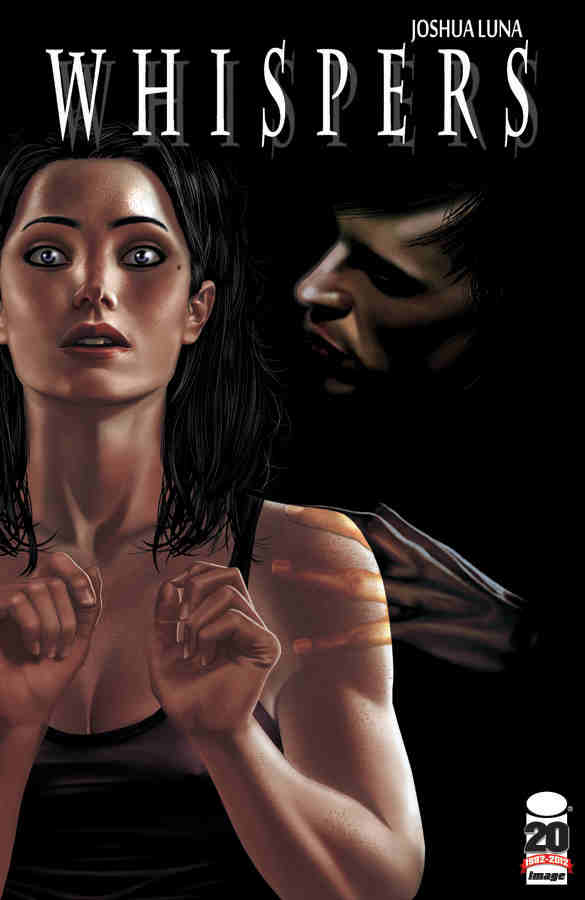 Story and Art by Joshua Luna

From one of the minds that brought you the celebrated series Girls, and The Sword, comes the transcendental journey of a young boy named Sam, who, lately, has been  experiencing the strangest of dreams. Able to leave his body and walk the crowded streets in non-corporeal form, Sam finds that he is able to interact with the thoughts and actions of those around him. Plagued with OCD and other social inadequacies, we follow Sam through this first issue as he explores his new found abilities and learns to cope with the pitfalls of being able to hear the thoughts of those around you.

What’s perhaps the most fascinating about Whispers #1 is how real the characters feel. Sam is an ordinary boy. Maybe he’s a little dysfunctional, but who the hell isn’t these days? Sam’s paranoia and interior monologue aided to my liking him as a character right away. So often are we given these characters that are truly fantastic, but we are unable to relate to them because of the very fact that they are gifted with abilities that in our lifetimes we’ll never be able to experience. But, what if you were to wake in the middle of the night and find yourself floating above your own body? Add to that the ability to hear people’s thoughts and you’ve got a recipe for one hell of a night. I enjoy a comic that places me in a position in which I can actually envision myself as the character. No super powers, no daring do, just me, and one hell of a predicament where I either need to adapt or risk the possibility of insanity. That’s what Whispers #1 is all about. That, and more … you’ll see.

An absolute buy for anyone wanting to take a break from the norm and explore something a little fantastic, a little dangerous, and very frightening.