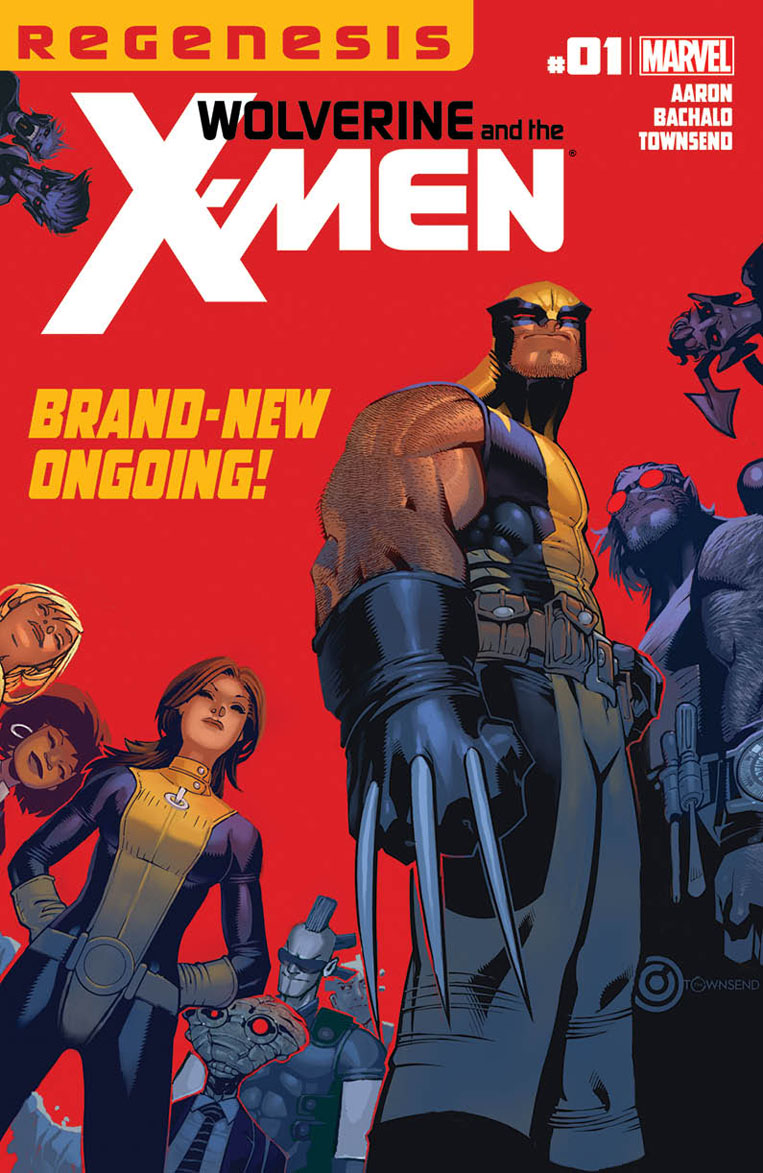 Wolverine and the X-Men Regenesis #1

Pencils and Colors by Chris Bachalo

I’ll just get this out of the way right now, are you ready? I’ve never read an X-Men comic in it’s entirety. Ever. Yeah, so I’m not sure what kind of position that places me in, or if I’ve just discredited my own opinion, but for what it’s worth to have a fresh pair of eyes on a new book … away we go!

Time has passed and the mutant population of our world is at an all time high. It’s widely known that young mutants need guidance and nurturing if they are to learn how to use their powers responsibly, though we’re not talking about the Xavier School for the Gifted Youngsters. In Regenesis #1 it’s Logan (Wolverine, duh) who has founded a new school with the aide of Ms. Kitty Pride, Beast, and many others. Mutants of new and old roam the halls as this often hilarious story unfolds through clever character interactions and some really jazzy artwork.

Now, as I’ve stated earlier, I’m new to this whole X-Men thing. Not that I’m completely oblivious, I know who the main players are from when I was growing up and such, so I’m not completely in the dark. But I think the team behind this book has done a fantastic job of ushering in new readers like myself. Often times when I jump into something that has existed for so long (like Fantastic Four or otherwise) I just feel overwhelmed and lost in the content, but that was not the case with Wolverine and the X-Men Regenesis #1. I’m not sure that it will tickle everyone’s funny bone, or scratch that hardcore X-Men itch that some long time fans may have acquired over the passing of time, but it suits me just fine.

I’m enjoying the fact that rather than throwing all of the main players of the X-Men into some kind of lame time machine, to tell the story of them as children (again), has been bypassed, and instead we’re getting something fresh and fun. While this first issue may not be as action heavy as some would hope, what it lacks in fisticuffs it certainly makes up for with it’s character introductions and playful approach to a cool mutant premise. I’ve already picked up issues #2 and #3, with #4 set to be released tomorrow. So with that in mind, you should start to see a little more Marvel action here on Talking Comics as I dive further into this charismatic take on the X-Men and their new school.

Perhaps you should check it out first, just to be sure that this is a tone that you are comfortable with having in regard to your X-Men comic. It’s not yet the all out slice and dice fest I know it’s going to turn out to be, but things are coming together very quickly for this book and I’m sure we’ll be getting to all of that very soon. My personal thoughts are that you should buy it because it’s charming, funny, and well worth your giving it a chance.