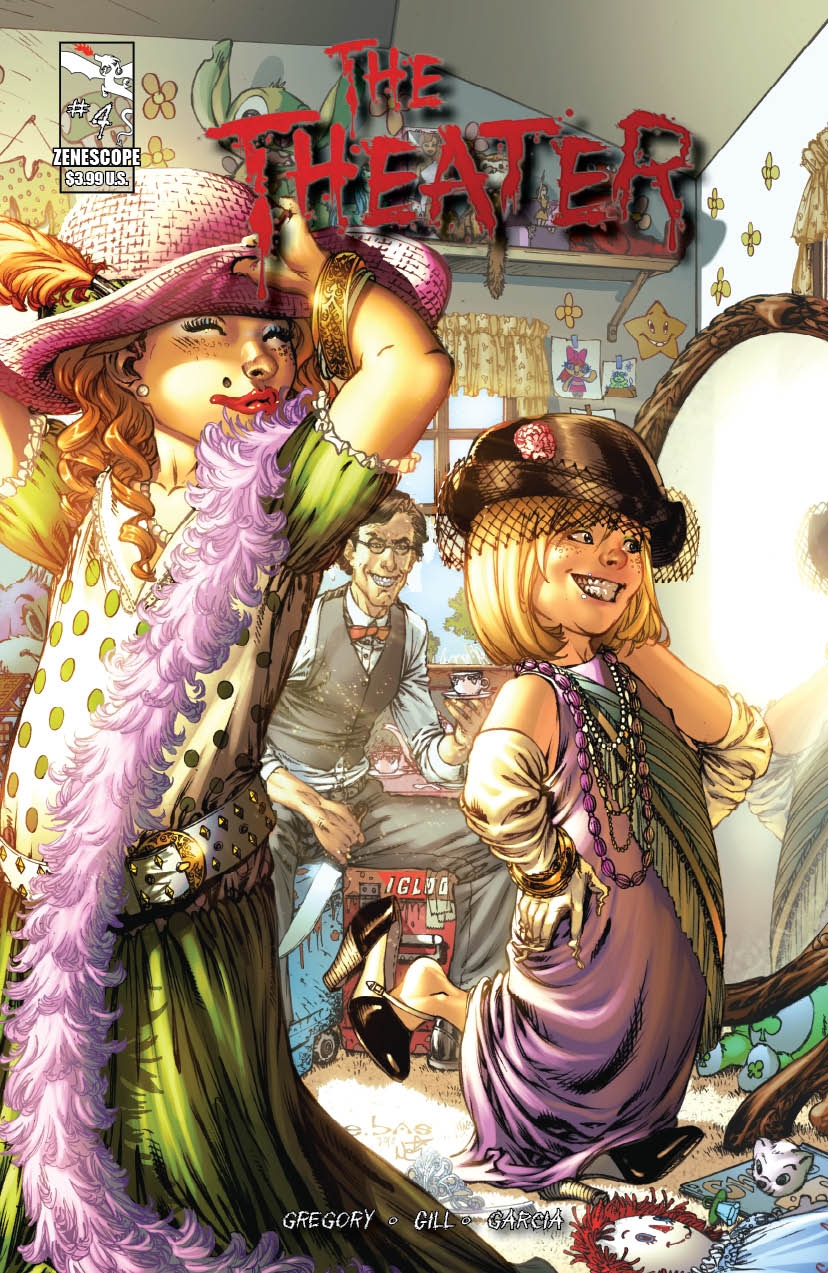 The Theater seems to have become a hit and miss event for me. I’ve noticed a glaring pattern so far of that for every solid issue that hits the shelves, a weaker issue seems to follow in it’s shadow. The Theater #4 begins with our host, The Projectionist, talking to what we’re to assume are his victims. Forcing them to take warning as they view the next film in his macabre library, the tale unfolds. This time, the bulk of The Theater #4, is a tale about seemingly normal suburban folk, who upon learning that their new neighbor, Anthony,  has a sorted past, decide to take matters into their own hands.

As I’ve said, I think The Theater has a really great premise. It presents itself in an almost Tales From the Crypt-like fashion, which adds a sort of fun familiarity to the delivery of the stories themselves. Unfortunately, this month I found that the 25 pages allotted for this month’s feature, were just not enough to be able to tell an engaging enough story. I find it rather arduous to enjoy a story where your main characters are difficult to care about. Both Ricky and Danny, childhood friends, seemed to need very little information about their circumstances before coming to the lightning quick conclusion to dispatch their own brand of deadly justice. It’s moments like these, inside a story, where I find myself beginning to drift. Knowing full well that there is a limited amount of space in which to flesh out your ideas, it makes those panels that you do have all the more precious.

The issue here lies in that the story itself is interesting. It’s a scary set of circumstances when people who feel threatened will go to such grizzly lengths to protect what they love, even with having very little information to justify their actions. But the lack of having any clue into Anthony’s past made Ricky and Danny’s actions all the more brash, making them completely unlikable characters throughout the story.

I think perhaps the strangest aspect of this particular issue, is that my sentiments seem to be somewhat recognized by The Projectionist on the final page of the issue. He outright calls the plot holes of the story into question, bringing the weaknesses of the tale into the spotlight for all to see. It’s almost as if the comic was aware that it’s the weakest of the series thus far. Strange.

What Do You Need To Know?

The Theater is a creepy movie theater inside of town where strange and frightening things tend to happen. Each month we’re treated to a new short film that has an important message to to teach you. You’d better be paying attention or you may very well just wind up dead.

With very little advancement in the dealings of the theater itself, this really felt like more of a “filler” issue than anything else. I’m really hoping that this series ups the intrigue in the next issue, as I’m starting to feel like a bit of a yo-yo with the ups and downs that it brings.