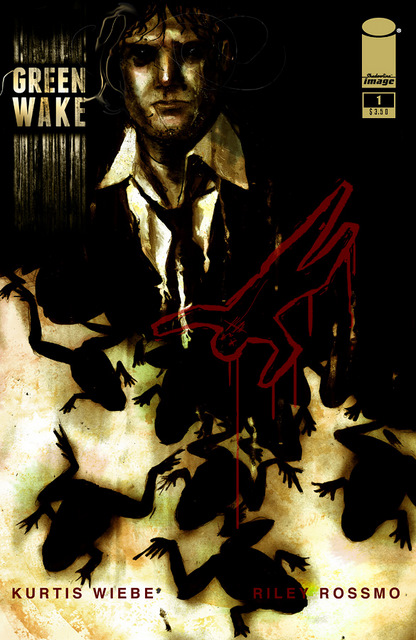 The first thing that really caught my attention, as I was diving into Green Wake, was the art.  The way that this story is illustrated really hit a sweet spot with me and I fell in love with it right off the bat… Truly, it’s what really sucked me into this first issue of Green Wake from Image Comics.

It’s hard to say that the story really hooked me because while it definitely intrigued me, I’d be lying if I said I really knew what was going on.  But the writing is done rather cleverly as to not give too much away in this first issue, but to keep you guessing as to what is really going on in Green Wake.  Sometimes I like simple stories that I can easily absorb, but the ones that really get you thinking and allow for endless hours of conversation to take place… To me, that’s just priceless.  Green Wake is kind of like the Donnie Darko of comics.  Not because it has a similar story (they really have nothing in common), but because they’re the type of media that just inspires friendly debates and brings up all kinds of questions that something like say, an Archie comic, could never do.

No prior knowledge is needed to go into this story, but I will say that if you are going to carry on with this series, it absolutely needs to be started right at the beginning.

Definitely worth picking up… If I had ONLY read #1 when I had written this review, I might be hesitant to recommend it, but after diving into quite a lot of the series thus far, I can definitely say that it’s worth checking out and more reviews will follow.