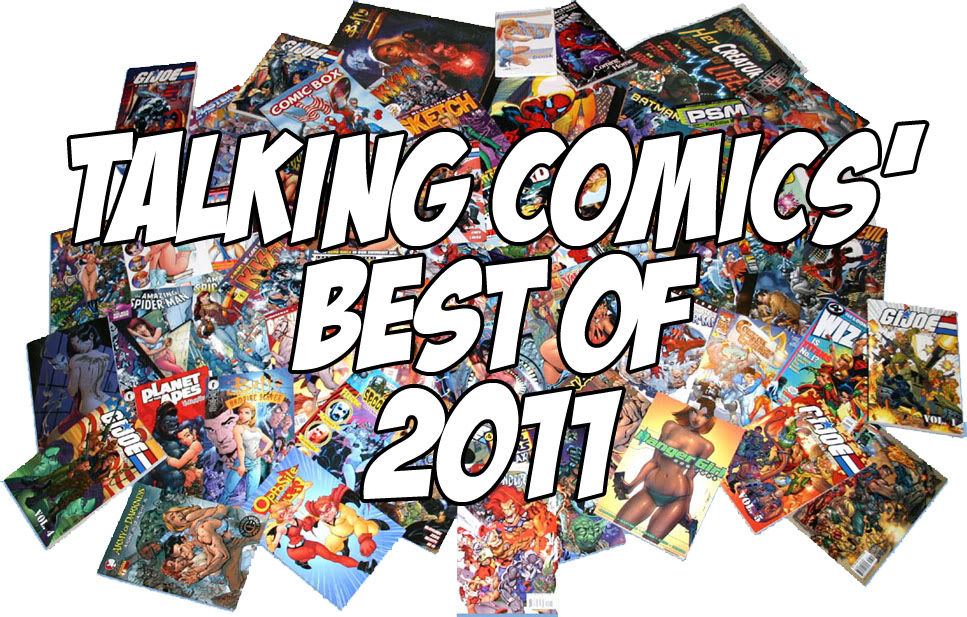 Oh top ten lists how you are as ubiquitous as the people who complain about top ten lists. But it’s 2012, which that means I might not get to make another one next year, so I’m getting in while the getting is good! Before we kick off this list I do have a few qualifying statements to make. First, I just began reading comics again regularly in August and a majority of those were new 52 books so my scope is not a broad as some others but I think for my shortened year I’ve done a pretty good job. Secondly, this list is my opinion only and does not include the thoughts of my cohorts. Thirdly, there are books like Green Wake – which I’m still reading and processing – and Foster – which is technically a 2012 book – that aren’t on this list because I don’t feel right including them. They will be eligible next year and trust my they will place highly! All right enough with the foreplay lets get to the action!

I know the overall attitude towards this event is chilly at best but I found the story of Barry Allen’s foray into alternate reality intriguing. Geoff Johns, piggy backing off a lot of the same ideas set up in Flash: Rebirth, deftly gives life to a new Batman, the return of a classic Flash villain and most of all a Sophie’s choice that leads to the creation of the DC New 52. This controversial reboot is the reason the site you are now reading exists and so it holds a special place for me. 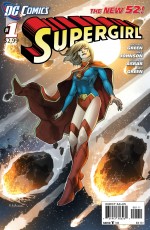 My most surprising entry on this list is the inclusion of Superman’s fairer cousin. Before I began the New 52 I never would have guessed that this book would have been included. I had little interest in the trials and tribulations of Kara Zor-el but this run has been so consistantly entertaining, eye popping to look at and fulfilling that it demands to be on my top ten. 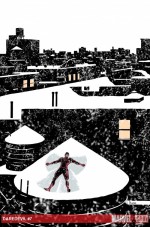 This is my most recent addition to this list as I just began reading Mark Waid’s current run on Daredevil about two weeks ago. In those two weeks I have been treated to a fresh take on a character I have always loved. But like all great imaginings Waid manages to expand and grow the character while keeping him true to his origins. This month’s Christmas issue, that featured Matt Murdock trying to rescue himself and a school bus of blind children, was a fantastic bit of one off comic storytelling.

7.War of the Woods

Those of you who listen to the Talking Comics Podcast or read the site know that my usual forte is reviewing the releases from the major publishers. Well, a few months ago DC decided to take a week off from releasing any New 52 books and it was in that absence that I stumbled upon War of the Woods. Written by Matthew Petz this wonderful mash-up of War of the Worlds and Wind in the Willows is a rare mix of whimsy and gravitas. It’s also the single best argument for the existence of digital distribution. Do yourself a favor spend the six bucks on ComiXology and get the whole first season. 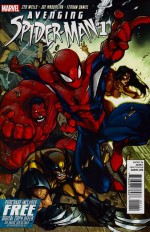 I’ve been away from the main universe Spider-man books for a long time and before Avenging Spider-man I was terrified that I was so far behind in continuity that I’d never be able to catch up. But Zeb Wells, with a fantastic mix of humor and action, has managed to make me feel welcomed back into Spidey’s web with open arms. I’ve not read a funnier book this year. 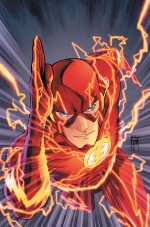 We break into the top five with Francis Manapul and Brian Buccellato’s The Flash. If you go back and take a look at my review of this book’s number one you will see that I wasn’t sold but my how the time’s have changed! The Flash is a wonderful mix of earnest emotion, character development and simply gorgeous art. I couldn’t be happier with the way my favorite DC hero is being treated. If you love superhero books and you aren’t reading The Flash then get on it pronto! 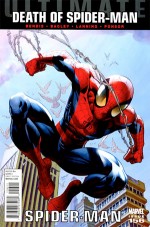 Brian Michael Bendis has become synonymous with not just Ultimate Spider-man but with the Marvel brand in general. So, when he decides to do something as big as killing Peter Parker one should stand up and take notice. Spider-man has always been my favorite hero and I truly think that Bendis gave him the sendoff he deserved. Peter Parker went out the way he always should have fighting beyond his powers to save the ones he loves. On that same token Bendis had a hell of a task in introducing a new web-head into the Marvel universe but he pulls it off with aplomb. Miles Morales is one of the best new characters I’ve experienced in any medium and also is great place to jump onto to Spider-man if you’ve felt left out. 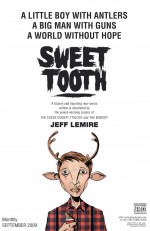 It’s time for the Jeff Lemire portion of my list and first on that train is Sweet Tooth. Now, I know this may be a little bit of cheat considering some of the Sweet Tooth I read came out in previous years. Well guess what? This is my list and I make the rules! This crazy yet oddly relatable post apocalyptic tale of horned boy named Gus was a great find for me and is a book all comic fans should be reading.

Jeff Lemire part 2 is his astounding work on the DC New 52 reboot of Animal Man. It isn’t often that you feel something truly special comes along but Animal Man is exactly that. It straddles some intangible line between horror story, superhero yarn and family drama that makes every panel a constant surprise. Let us not forget the work of artist Travel Foreman who is responsible for a hefty amount of the startling moments in this utterly fantastic book. 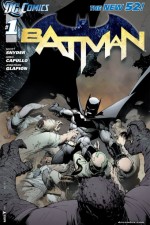 Being that this is my first real foray into consistent comic book reading on a monthly level I may be unqualified to say when a run of a major hero is going to be one for the books. But every bone in my body tells me that Scott Snyder’s current run on Batman is going to be exactly that. I think the best way I can put it is to reiterate what I said in an earlier review. In a year where we have gotten Batman: Arkham City, a Batman: Year One animated film and trailers for The Dark Knight Rises this current run of Batman stands as by far my favorite thing Caped Crusader related.