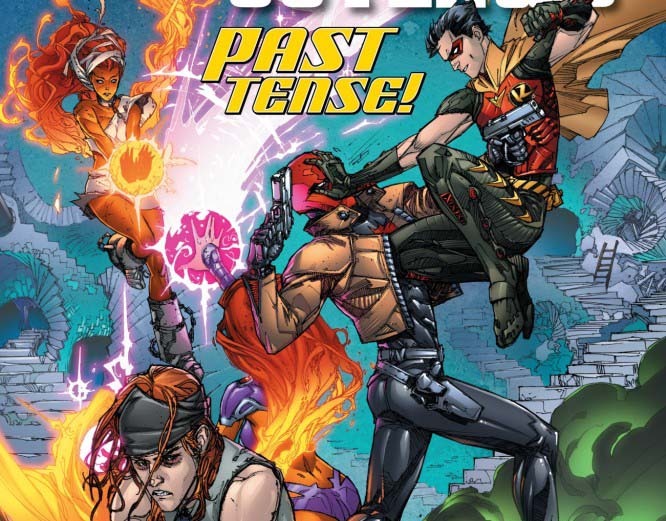 Red Hood and the Outlaws #3

“Cherish is the Word I Use – To Destroy You!”

While my time with the Jason Todd era of Robin has been short, at best – I super-love the animated Batman/Red Hood movie that came out a couple of years ago from DC Animation – because of my love for the Batman universe, and Robin character, especially, I was excited to have picked up Red Hood and the Outlaws from our New 52 draft. Unfortunately, since an explosive opening sequence in the first pages of Issue #1, Red Hood and the Outlaws has been a disappointment across the board. I don’t care about the three main characters, their struggles, or ultimately the end result of their adventures.

Roy Harper is irritating. Koriand’r is just a naked, orange, flying set-of-boobs. Todd is a one-note, brooding, whiner of a protagonist. The three together have little chemistry, and moreover, they seem ill-fitted to face the paranormal/spiritual tribulations they appear to eventually be facing. While I’d agree that this could be an interesting set-up, my lack of compassion for the trio holds me back from getting invested in the least.

The biggest issue I have with Red Hood is that he isn’t anchored in any kind of reality that we could latch onto. Yes, I understand that as a resurrected revenge-ninja, his life might be slightly different than my own, but even Batman has Bruce Wayne to give an audience a point of reference. Red Hood and company teleport from adventure to adventure without any established “normalcy” for us to get to know, or like, any of them. 60-plus pages is a lot of time to establish a first and second impression, and mine for Red Hood and the Outlaws is just not good. And can I just quickly add that “Cherish is the Word I Use – To Destroy You!” is the worst title EVER!

We’re fortunate to have at least six amazing Batman books out of this New 52, but Red Hood and the Outlaws is not one of them. I’m going to focus more on Nightwing, Batwing, Teen Titans, Justice League, Detective Comics, and Batman to get my Gotham fix. Skip this series.