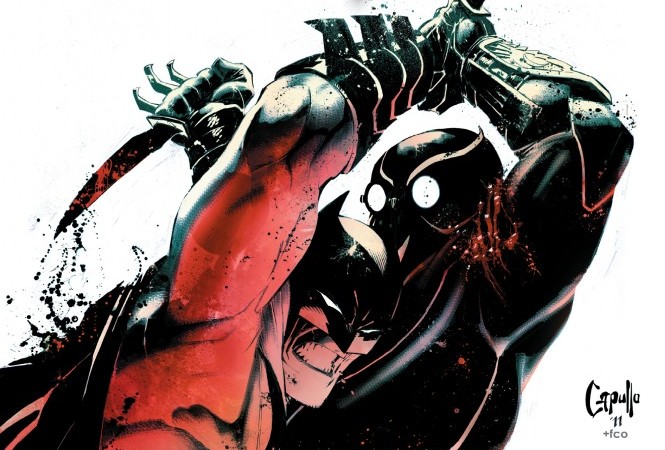 Batman #3 is so good it’s almost an anomaly to me. I think in getting Talking Comics off the ground I have begun to understand comic book structure quite a bit a better than I ever have and one of the chief aspects I have come to both hate and love is the finite space in each issue. With a few exceptions most issues ring in at a scant 20-23 pages. That’s a very small window of time to move your plot and characters from one place to another and I think it’s something that most comic book writers struggle with. Scott Snyder is not most comic book writers.

Whether it be delving into the history of the Wayne family or shining a light on Batman’s detective work; Scott Snyder has continued to astound me with his ability to create not only engaging but surprising new plots for such a well worn character.  The freshest thing about the story is the equal footing that is given to the character of Bruce Wayne. By putting our hero’s alter ego in deadly danger the story is able to veer away from the cape and cowl and give us a look at the man.  Never fear though there is still plenty of bad ass Batmanary (sp?) to behold.

The New 52 is littered with some great books but Batman has the distinction of being the only A-list hero book that has yet to disappoint me.

Buy It- After three issues I’m only getting more excited for where this story is going. There’s a little bit of clunky exposition at the start but after that Batman #3 really starts to sing. Great action, smart detective work and a fun cliffhanger have me salivating for next month.