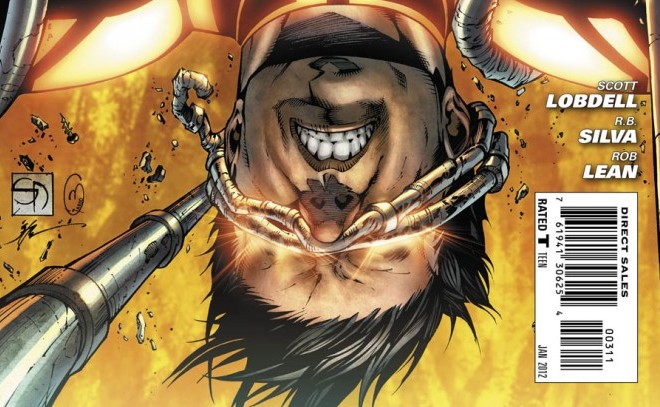 Much like the character that inhabits its pages Superboy the book doesn’t quite know what it is yet. Is our main character a borderline psychotic, a naive boy, or a empathetic stranger looking to find his place in a new world? Right now he appears to be all three. I think this lack of focus is the only thing holding Superboy #3 back from being a great book.

I don’t have anything against tonal shifts but it feels to me like writer Scott Lobdell isn’t deftly weaving a complicated character study as much as he is struggling to get a grasp on how he wants to tell his story. I enjoy our lead’s frank and funny narration as well as his burgeoning moral quandaries but I don’t think they reconcile with Superboy in past issues. Maybe this is a marked shift in his personality that will stick but at this point he has been three different people in three different issues so I don’t have much faith.

I griped last month that there was no story progression. I’m happy to report that issue three has brisk and effective storytelling. Although I criticize his lack of uniformity Lobdell does make Superboy a likable and interesting character who I look forward to spending time with.

Wait and See – The writing is solid but inconsistent. I worry that there is no rudder for this ship but if it begins to gel next month it will be a solid buy.