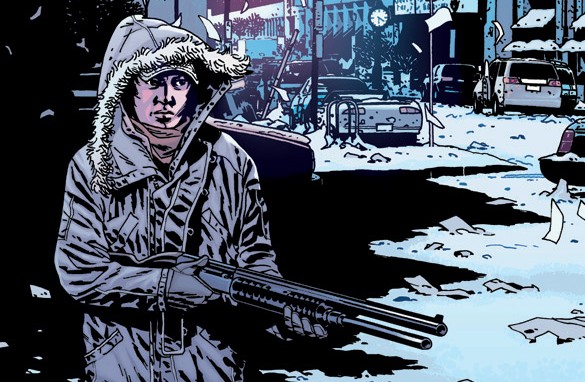 This book was great.  Grasping the pages of this issue you really see the change that Rick and his group are trying to attain.  A majority of this comic book has been about Rick and his group always being on the run,always trekking to a new destination and above all else trying to stay ahead of the Walkers in order to survive.  We finally get a glimpse of what Rick’s mindset is in after settling in The Community; he wants to rebuild.

We get a great speech in the beginning of the book. Which was a situation that I initially thought was going to end up with someone dead but instead we are given insight into Rick’s thoughts about the future. A future colored by this new situation there dynamic has been presented with.  We get another great exchange between father and son towards the middle of the book all about how Rick just wants his son to be himself; a kid.  There were a lot of key exchanges between people in this book and a surprising engagement of affection at the end.

Buy It – Kirkman does what he does best; great story, great conversations.