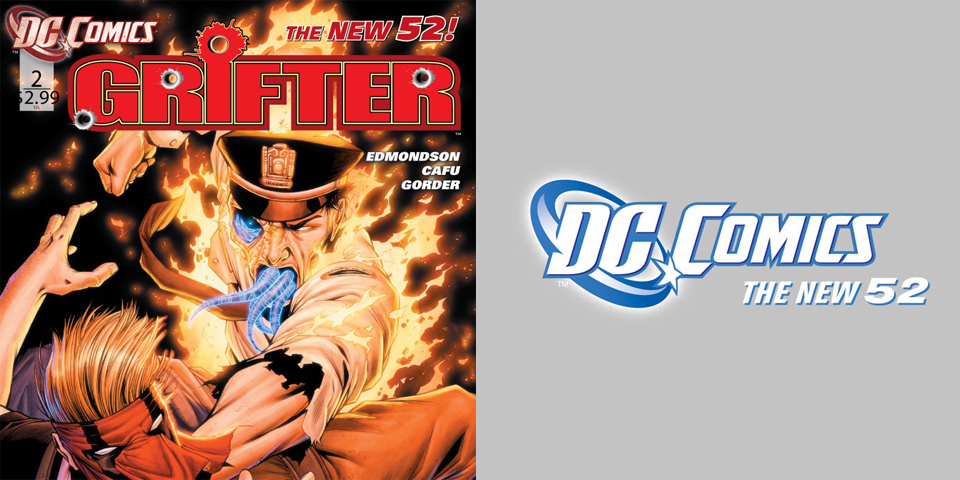 I’m happy to report that Grifter #2 is marginally better than it’s first questionable issue. This latest installment deals with furthering the growing paranoia and debilitating sanity of our hero and starts to kick things into a higher gear. While not too much of our overarching story is revealed in this book, we do get some meaty action pieces that make the character a bit more interesting. What seems to be happening (in my estimation) is rather than throw you into everything right away the writers and artists are choosing to go with a slow-burn approach to the storytelling. It seems that with each ordeal thrust upon him,  Grifter, is steadily becoming the masked man that graces the cover of these books.

In this issue we are further acquainted and introduced to at least two major players in Grifter’s story. I’m liking the idea that there is possibly a female counterpart that may turn out to be just as dastardly as our hero. The idea that Grifter feels as if he isn’t able to trust anyone, coupled with the menacing voices he keeps hearing inside of his head, is something I can totally get down on if they keep turning up the heat. While this issue might not blow your mind it certainly is a step in the right direction.

Grifter hasn’t slept or eaten in days since we last left him. He’s paranoid, tired, and on the verge of wearing that mask for good.

Wait and See – It’s better than the first issue for sure, but let’s first see if the artists can manage to keep the pace for a third round before committing yourself to this series.