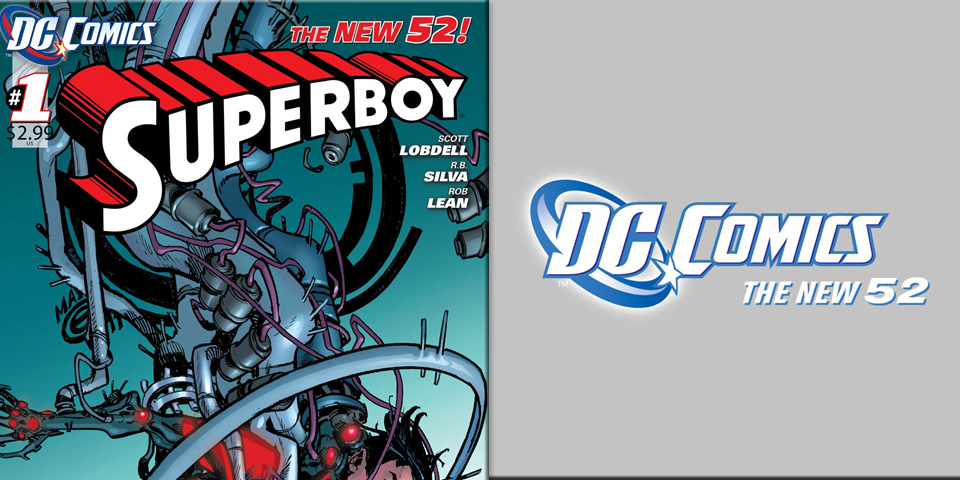 More THX 1138 than Boy of Steel; Superboy #1 is an engaging science fiction morality tale dressed in a super hero skin. The opening panels skirt the line between pulpy and haunting as newly developed Superboy sits suspended in fluid taking in the scientist who have created him because you see Superboy is a clone. He is an amalgam of Kryptonian and human DNA built for a mysterious (but lets face facts it can;t be good) reason. The central conflict here is the fact that this creature of science was set to be destroyed but his power is all ready too great. So, faced with a failed experiment that can’t be contained they make him a lab rat.

The most entertaining thing about Superboy #1 is the question about his allegiance. There is no clear indication of whether he will be a villain or hero and I like it that way.  Scott Lobdell weaves an interesting character study of a young man coming to grips with who and what he is. This is best illustrated in a sort of virtual reality simulation where Superboy is measured on his empathy towards the human race. The ending splash page promises integration with the new Teen Titans book that has me stoked for both series.

It’s probably good to have a vague knowledge of who Superman is and his upbringing in Kansas.

Buy It- Superboy #1 is a bananas science fiction story with all the trappings of a great villain to hero/hero to villain story. It is odd but I’m digging it.